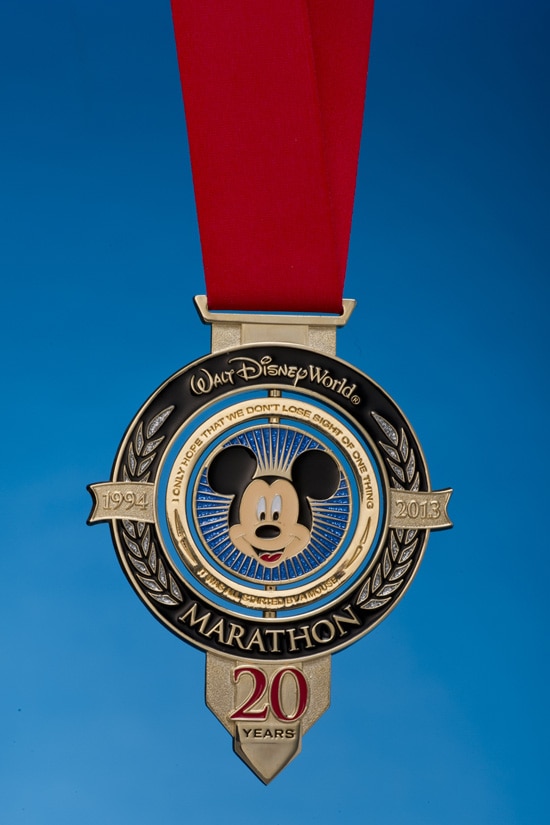 Disney is known in the running industry for its cool race medals, so it should come as no surprise that runDisney has pulled out all of the stops in designing a medal for next year’s 20th anniversary Walt Disney World Marathon, January 10-13. The medal was revealed this morning after a two-week social media campaign called “The Great Medal Caper” in which fans such as you got to unlock clues to eventually unveil the medal.

Trust me, this medal is unlike anything we have created before. It has the traditional round shape, but it features two spinning parts, including a medallion with a classic image of Mickey Mouse on one side and a modern image of him on the other side. The other cool features are two engraved quotes from Walt Disney himself.

And to think, all you have to do to get one of them is run 26.2 miles. Better start training now! But don’t forget to sign up for the race first at runDisney.com.

Check out these posts to read more about the upcoming Walt Disney World Marathon: