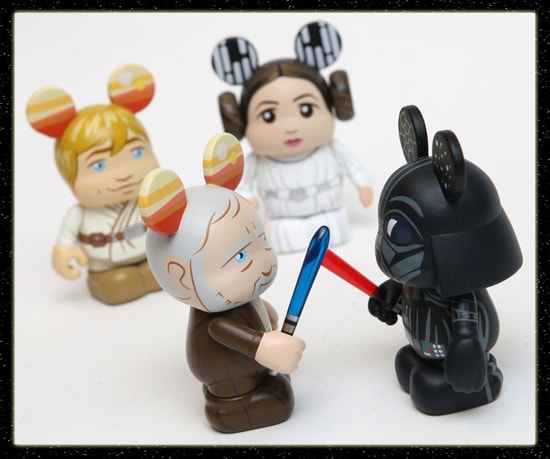 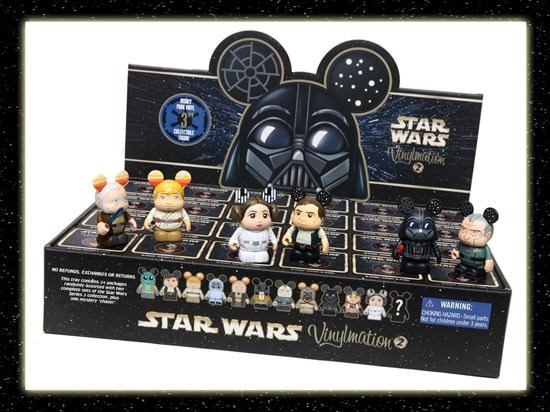 Since its release in January 2011, the first series of Vinylmation figures featuring Star Wars characters has become the most popular Vinylmation series of all time. Created by Disney Design Group artist Mike Sullivan, the first series celebrated the 30th anniversary of Star Wars: Episode V The Empire Strikes Back. For series two, the Vinylmation team turned their attention to the original 1977 classic film, Star Wars: Episode IV A New Hope. This allowed the team to regroup and plan a strategy for future releases, as explained by Thomas Scott, one of the lead Vinylmation artists. “The first series was created at a different time in Vinylmation history,” explained Thomas. “When we began developing series two, we considered several factors for future growth. We again worked closely with Lucasfilm when selecting the characters for the new series. We also thought about how those characters could appear in future series.”

Series Two is a limited-release, mystery series, which means there are 11 known figures and one “mystery chaser” figure. Each figure is packaged in a box, so you won’t know which one you will get until you open it. 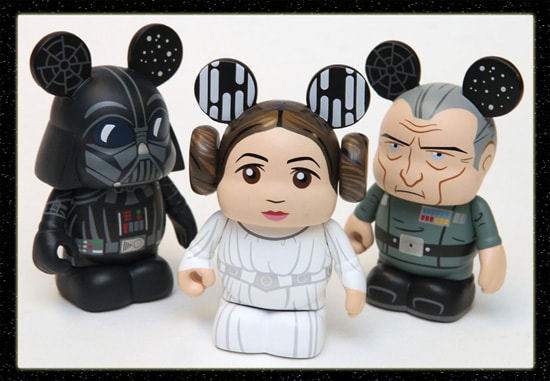 To design the figures, Thomas enlisted the help of artists Casey Jones and Maria Clapsis. Casey created concept sketches of each figure, while Maria turned those sketches into full-color images. I spoke with Casey about one unique design element I love on these figures – the ears.

“I like using the ears as a way to further enhance the story,” explained Casey. “When designing these figures, I looked for something iconic to add to the ears, such as the ‘binary sunset’ on the Tusken Raider or Obi-Wan Kenobi figures. Adding design elements from the film help set the stage for each character.”

The new series will debut on Thursday, August 23 at Celebration VI, a Star Wars fan event being held at the Orange County Convention Center in Florida.

We will then launch the series at D Street in Downtown Disney West Side in Florida on Friday, August 24. Fans can meet Casey and Maria from 11:00 a.m. to 1:00 p.m.

Casey will travel to the Disneyland Resort on Saturday, August 25, for the release of this series at D Street in the Downtown Disney District. Fans can meet him from 3:00 p.m. to 6:00 p.m.

Check out these posts for more news about Vinylmation at Disney Parks: