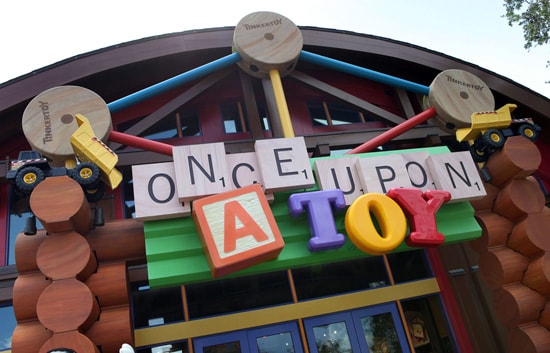 The other night I found a few photographs from 2002, when I served as a Walt Disney World Ambassador. I had visited Once Upon A Toy, the 16,000-square-foot toy store located at the Downtown Disney Marketplace, just before the grand opening in August 2002. 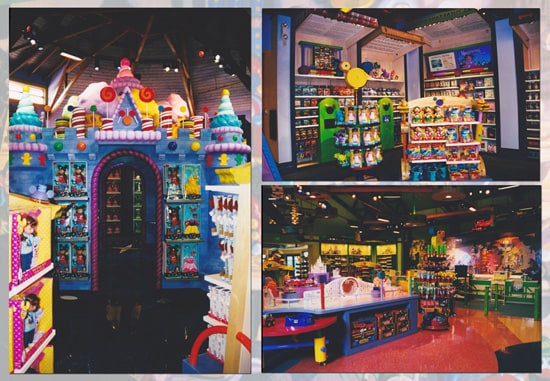 While looking at the photos, I enjoyed a trip down memory lane recalling things that are no longer found in the location (I’m looking at you, monorail display, miniature version of Disney’s Wilderness Lodge made of Lincoln Logs, and giant princess castle). While this toy-centric location has seen several changes over the years, the kid-like feeling I get every time I visit still holds true. 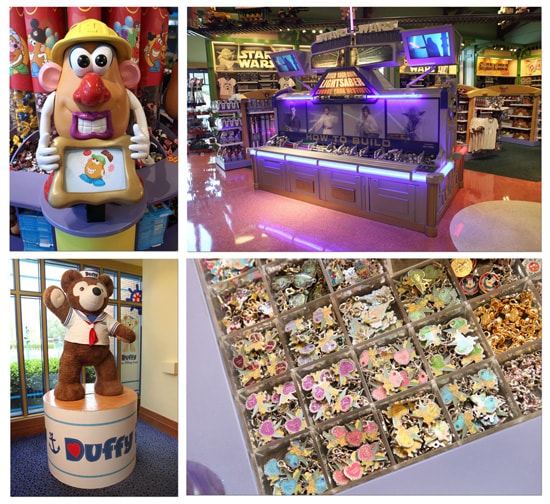 Once Upon A Toy is home to a few unique merchandise items created especially for Disney Parks. The build-your-own Mr. Potato Head station was a key item in 2002 during the grand opening. Today, the station remains one of the few places in the world when you can customize a Mr. Potato Head with parts found only at Disney Parks.

Two additional “build-your-own” experiences are also found in the location – Star Wars lightsabers and charms. Both items have what seems like endless combinations and are some of the most popular merchandise we offer.

The location also has a selection of Duffy the Disney Bear items, though if we had traveled back through time to 2002 we would have called him “The Disney Bear.” As an Ambassador, I was present when the first Disney bear was sold (and 10 years later I’m still talking about him!). Do you remember the giant train with the oversized “Disney Bear?” 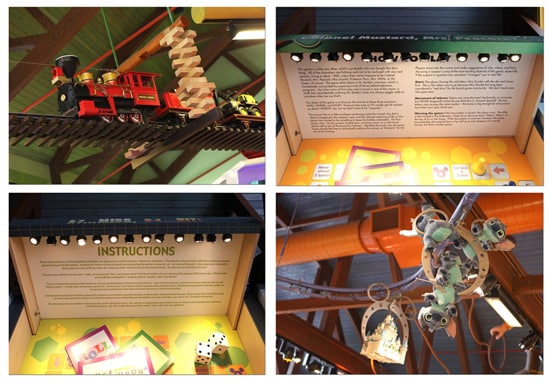 My favorite shop detail is the game board instructions displayed in the location’s front room. They have made me laugh many times over (perhaps I can relate to that style of humor – I only wish the games were real!). Next time you are at the store, please look up to see what I mean.

For the tenth anniversary, I visited the location to take a variety of images I’m sharing with you today.

Read on for more news from Downtown Disney at Walt Disney World Resort: