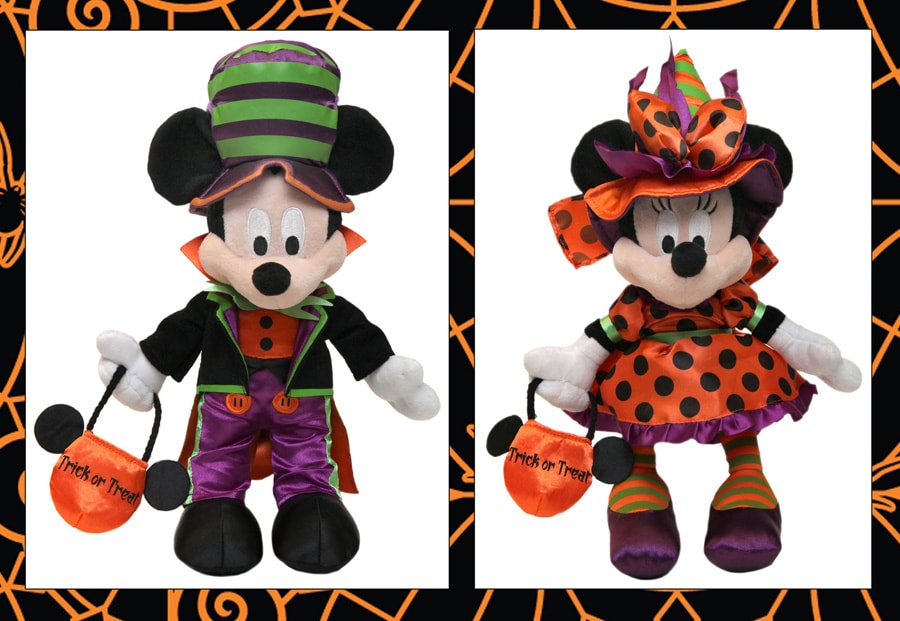 The Most Adorable Halloween Merchandise This Year at Disney Parks

I recently shared with you a look at the new Halloween art program at Disney Parks. While several departments created merchandise to celebrate the season this year, one category won the prize for being the most adorable – plush! Denise Edelmaier, product developer for dolls and plush, gave me a look at some of the new items coming for this delightfully spooky time of year. 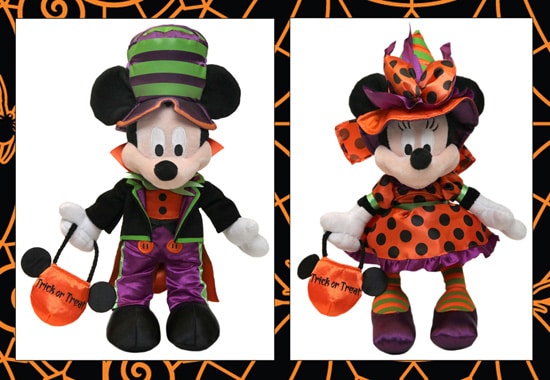 First, it’s Mickey Mouse and Minnie Mouse dressed in their Halloween park attire. Cody Reynolds, senior character artist with Disney Design Group, explained how Mickey got his hat as seen in the plush above.

“In the main piece of art, every character is wearing a hat except Mickey,” said Cody. “I chose not to put a hat on Mickey as it would have blocked the view of The Haunted Mansion. Yet I knew a hat would be important for some categories to use, so I drew a top hat for him. If you look carefully at the main art, you will see a ghost is actually holding Mickey’s hat. I thought it was a nice nod to one of the final attraction scenes where the Hitchhiking Ghosts have some fun with guests.”

Two of my favorite plush return this year – a super cuddly Jack Skellington and his dog Zero from “Tim Burton’s The Nightmare Before Christmas.” They are joined by a new nine-inch plush featuring Mickey Mouse dressed like Jack. 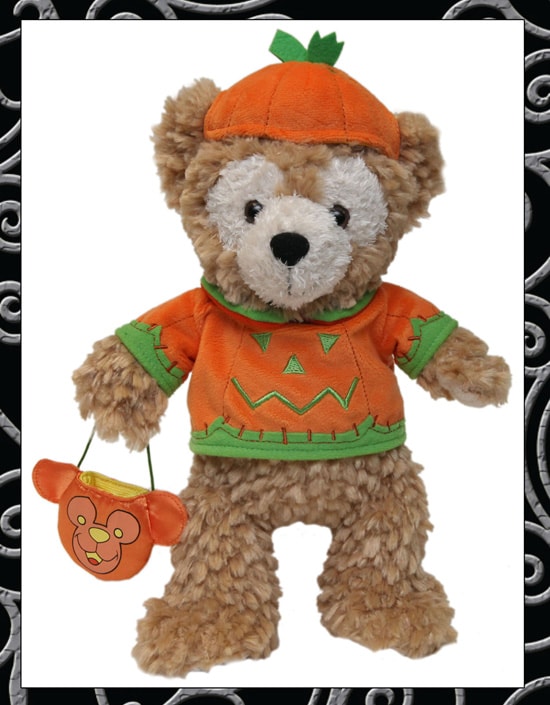 My friend Duffy the Disney Bear also has a few new items. In addition to a new open edition pin, there will be a 9-inch Duffy plush (which is a new sized bear) and a 17-inch bear costume. These items were inspired by the Halloween attire that Duffy wore last year at Disney Parks.

Speaking of costumes, Duffy will be appearing in his Halloween attire at Mickey’s Not-So-Scary Halloween Party in Magic Kingdom Park at Walt Disney World Resort starting September 11. You can also find him dressed as a pumpkin at his friendship gazebo in World Showcase at Epcot from October 1-31.

At Disneyland Resort, Duffy will be dressed for Halloween during Mickey’s Halloween Party at Disneyland park on select nights starting September 28. You can also find him sporting his pumpkin costume at Treasures in Paradise in Disney California Adventure park from September 14 to October 31.

Check out these posts to read more about how we’re preparing for Halloween at Disney Parks: