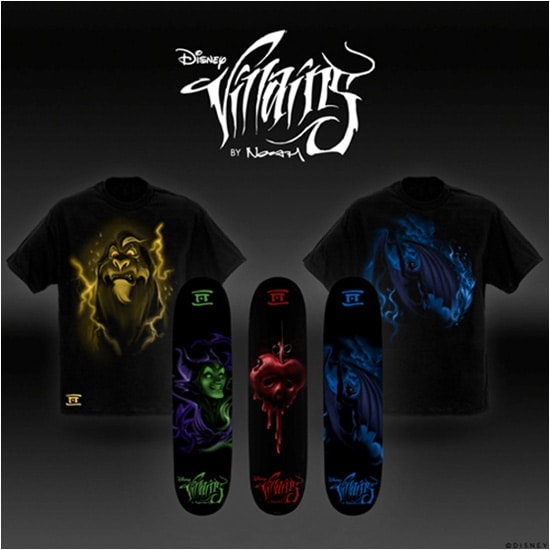 Out of the shadows comes Noah’s latest offering, themed to the Disney Villains, just in time for the hauntingly frightful Halloween season. Designed by Noah in partnership with Disney Consumer Products, these villains herald from some of the greatest stories from treasured Disney films.

“I wanted to create a line this year that had a little something for everyone,” said Noah, “so for the guys, I went with the most dramatic and popular characters I could find, Chernabog (‘Fantasia’) and Scar (‘The Lion King’). 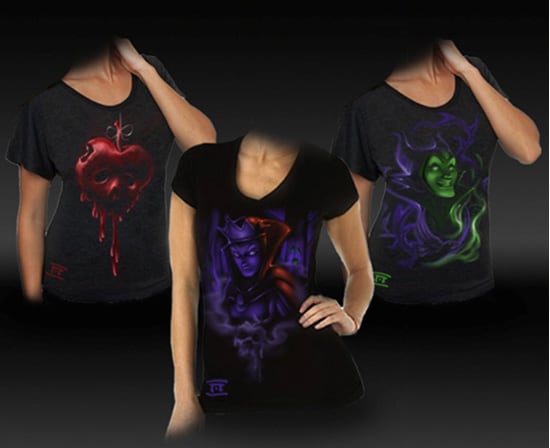 “For the ladies, I opted to stick with two wickedly popular favorites: The Evil Queen (‘Snow White and the Seven Dwarfs’) and Maleficent (‘Sleeping Beauty’). What makes this collection different is that I really wanted to create a dramatic effect with lighting that, simply put, tells an entire story through their eyes. I found that the lighting and dramatic shadows really enhanced each character’s attitude and personality in a different way.”

These new images will appear in a variety of items including limited edition giclees on canvas, men’s apparel, women’s apparel and skate decks. 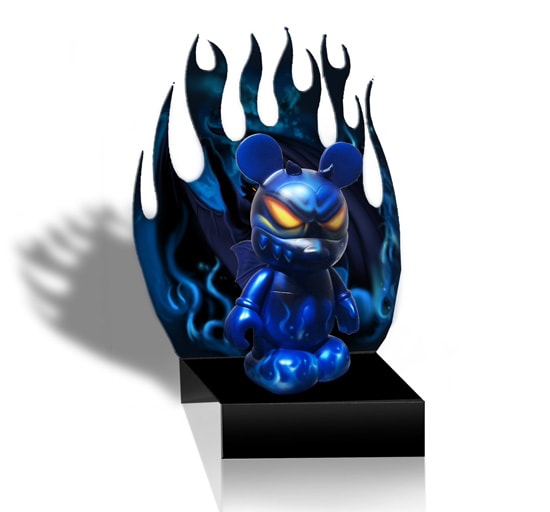 Last but not least is Noah’s debut of a Disney Theme Park Merchandise-commissioned custom Vinylmation themed to none other than Chernabog. This limited edition piece comes complete with a base that almost engulfs the vinyl in cool blue flames.

Noah will be on hand for a special appearance and signing October 20, from 3–6 p.m. at D Street in the Downtown Disney District at the Disneyland Resort.

Check out more Disney Parks merchandise in the posts below: