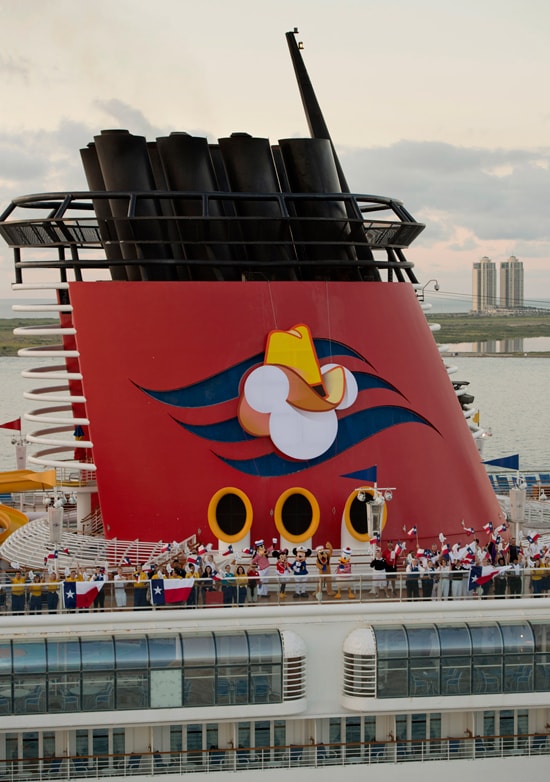 You’ve heard the saying, “Everything is bigger in Texas,” and that rang true today when the Disney Magic said “howdy” to Galveston with a Texas-sized cowboy hat on the ship’s funnel!

This hat is an astonishing 19-feet tall and 14-feet wide. To put it in perspective for you, if a real cowboy was to wear this hat he would need to be about 43 feet tall!

Amazingly, the hat was installed while the ship was at sea, just one mile out from the Port of Galveston. I can’t imagine it was simple to don a cowboy hat that large, so I did a little digging to find out how it was done… 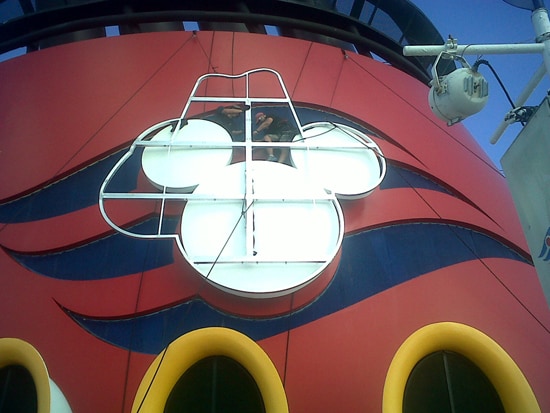 Here’s the engineering secret: The larger-than-life cowboy hat was actually printed on a polypoplene cover, and engineers created a frame for the hat that includes the shape of the funnel’s Mickey ears. Check out this behind-the-scenes shot as the riggers bolted the frame in place. 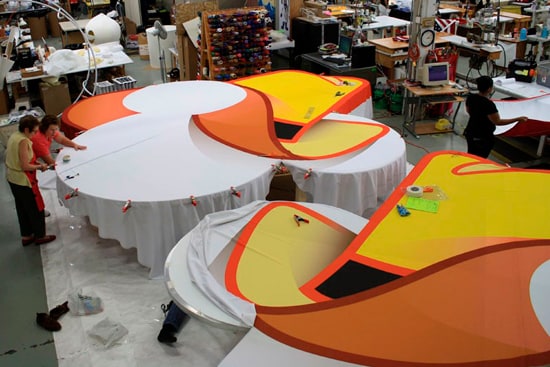 And in the next shot of the cover in production, you see it includes faux Mickey ears, giving the illusion that the hat is sitting on top of the funnel’s Mickey ears. Pretty cool, huh?

The Disney Magic’s late afternoon departure from the Port of Galveston will kick off the Disney Cruise Line inaugural season sailing from Texas. Take a look back at Jason’s recent post to see all of the itineraries to the Caribbean and Bahamas from Galveston, including some cruises taking guests to Walt Disney World Resort and Disney’s private island, Castaway Cay!

Which Disney cruise from Texas would your little cowboys and cowgirls enjoy most?

Read more about Disney Cruise Line in the posts below: