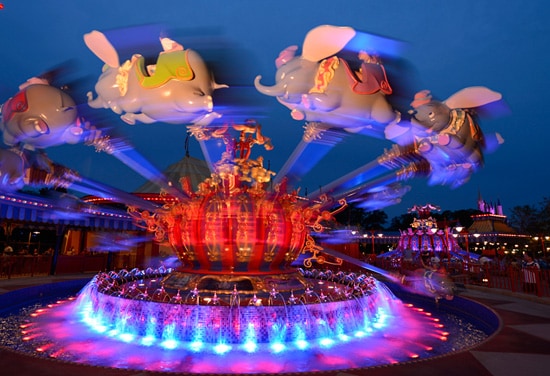 Each week, we’ve been sharing some amazing behind-the-scenes peeks at the New Fantasyland expansion in our exclusive “All in the Details” series. And you better believe, there’s much more to share in the upcoming weeks. If you’ve missed any of the reports, here’s the best way to catch up – our most popular posts:

Our Most Popular Looks Inside New Fantasyland at Magic Kingdom Park

The New Fantasyland area at Magic Kingdom Park will bring the stories of “Dumbo,” “The Little Mermaid,” “Beauty and The Beast,” “Snow White and the Seven Dwarfs” and more, to life when it grand opens on December 6.

And this week, we shared a special look at the faces behind the familiar voices heard at both Disneyland and Disney California Adventure parks. Bill Rogers and his wife Camille Dixon showed us how they create these very special Disneyland Resort announcements.

Then and Now: Gibson Girl Ice Cream Parlor at Disneyland Park – Main Street, U.S.A., at Disneyland park has undergone quite a few changes since it first opened in 1955, but some things are still surprisingly the same.

Celebrate Epcot with Exclusive Disney Parks Blog Retro Wallpaper – We’ve been preparing for the 30th anniversary of Epcot here on the Disney Parks Blog; here’s a desktop wallpaper to help you celebrate this momentous occasion.