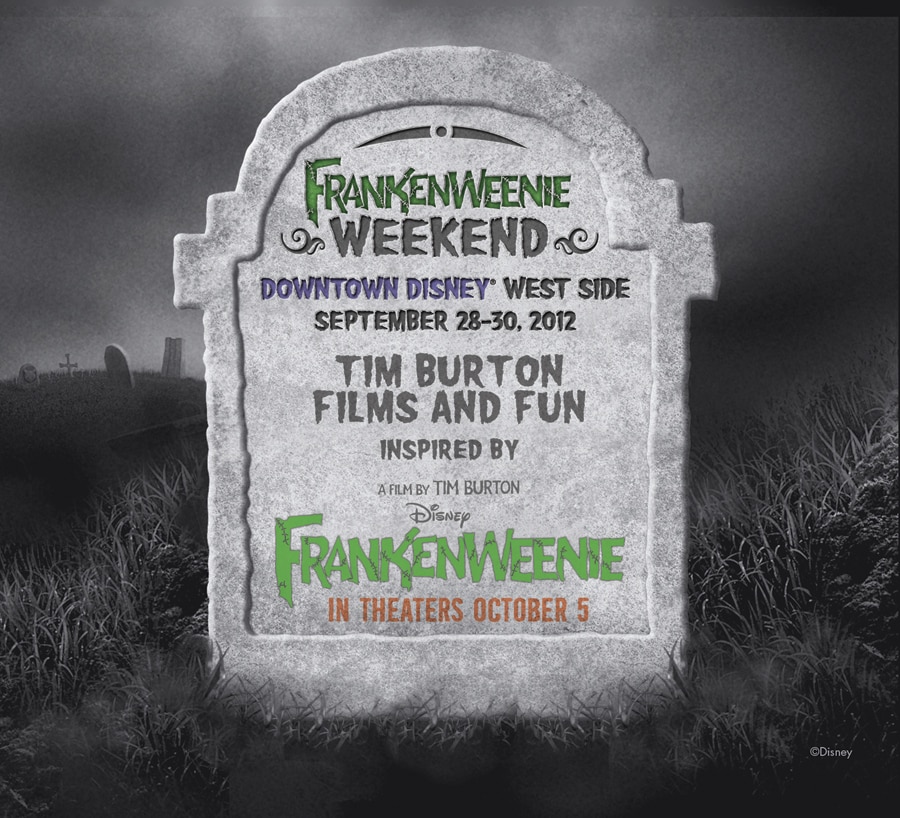 Did you hear? There’s a special Frankenweenie celebration planned for Downtown Disney West Side – and you’re invited. From September 28-30, you can kick-off the October 5th opening of Disney’s new stop-motion animated movie “Frankenweenie” directed by acclaimed filmmaker Tim Burton with a 3D sneak peek, photos, treats and a first-ever Walt Disney World Resort appearance of Jack & Sally from Burton’s “The Nightmare Before Christmas.” 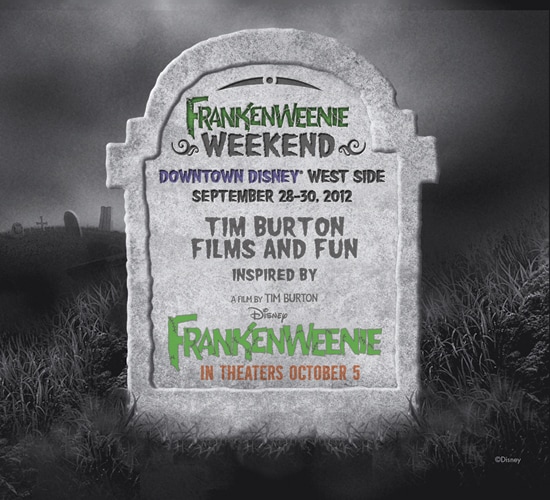 From September 28 -30, you can purchase $6 tickets for exclusive screenings of “The Nightmare Before Christmas,” “Alice in Wonderland” and get an extended 3D sneak peek of “Frankenweenie” at AMC Downtown Disney 24. The nightly schedule looks like this:

And here’s a quick look at the other “Frankenweenie” fun you can expect at Downtown Disney each night from 6 to 11 p.m.: