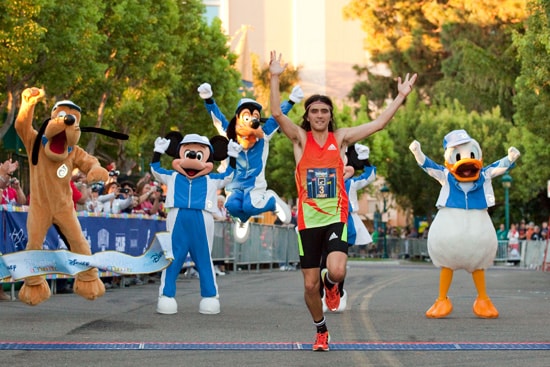 It’s fitting that Disneyland Half Marathon winner Jimmy Grabow is from a town named Running Springs, Calif., because today he ran through Radiator Springs on his way to setting a new record in the race, finishing in 1:05:29. That’s nearly two minutes faster than the previous mark, set by Paul Ngeny (1:07:24) in 2011! Cindy Lynch, of Cardif, Calif., took home the women’s title, speeding through the finish with a time of 1:24:45. Close behind, Kellie Nickerson (who won the inaugural Tinker Bell Half Marathon in January) finished in 1:26:29. 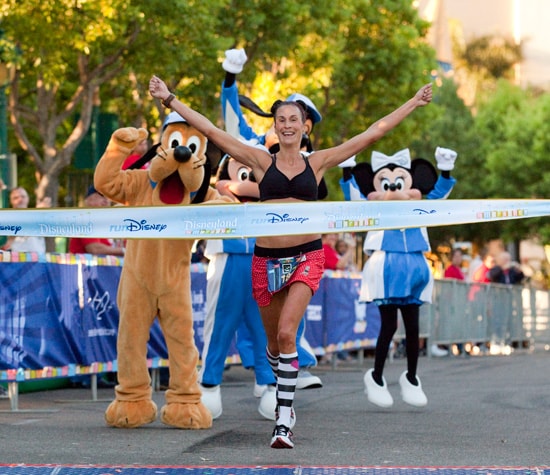 Grabow and Lynch joined actor Sean Astin and more than 17,000 registered runners sold-out half marathon field included runners ages 14 – 78 from all 50 states and 19 countries. Racers traveled down Route 66 through Cars Land for the first time, also passing through Disneyland and Disney California Adventure parks, Angel Stadium and the streets of Anaheim.