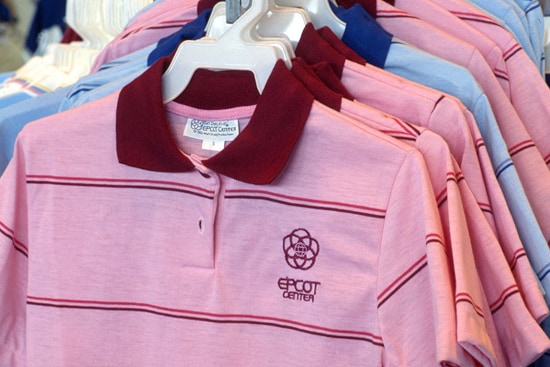 There are a few things I enjoy collecting – tikis, vinyl records and merchandise from EPCOT Center (I first showed some items from my collection in a previous post. With the 30th anniversary of Epcot around the corner, I wanted to share some stories and images from the early days of merchandise (special thanks to my fellow author Nate Rasmussen for help with the images). The funny thing is that I’ve been waiting 10 years to write this Disney Parks Blog post. 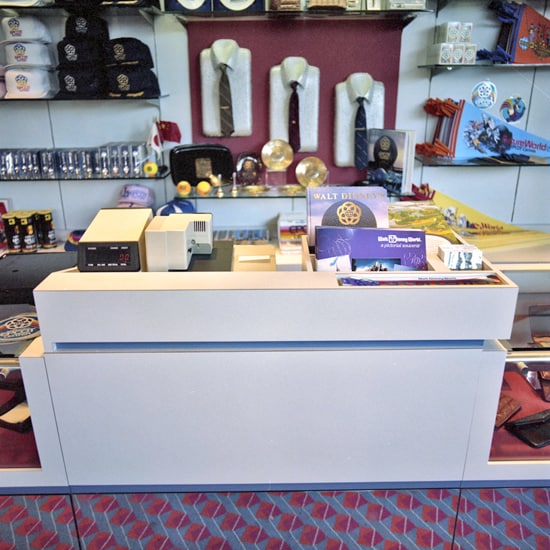 While serving as a Disney Ambassador in 2002, I created a cast member presentation that discussed the EPCOT Center story (I’m honored that it’s something the Ambassador Team still uses today). At the time, I found a few merchandise related articles that have sat in a notebook until now.

Merchandise development began around 1980 with the development teams “looking for merchandise so unique and different that it didn’t exist.” EPCOT Center was to be a different experience from Magic Kingdom Park, which had opened a decade earlier. Designers wanted new items that didn’t contain well established Disney logos or characters. That is one reason why much of the early merchandise used that globe-like logo and four iconic colors of purple, red, orange and yellow. Early merchandise also included characters that were only found at the park like Figment, Dreamfinder or the cast of Kitchen Kabaret. Other Disney characters wouldn’t be found at EPCOT Center until the mid-1980s. One of my favorite items in my collection is a merchandise bag which I showed in January 2011. Originally, there were plans for two separate bags, one each for Future World and World Showcase. Those plans were scrapped as one bag was introduced to “illustrate the total EPCOT Center experience” (defined as “awesome” in my book).

While we have several new items releasing starting September 28, I’d love to hear of your favorite souvenir from EPCOT Center.

Excited for the 30th anniversary of Epcot? Take a look back at these posts for more: