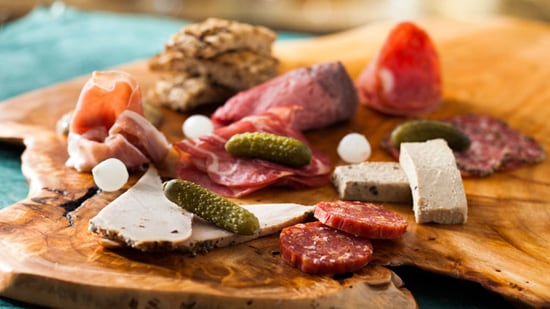 When it opens at Magic Kingdom Park on November 19, Be Our Guest Restaurant will magically drop guests into the world of Belle and the Beast with a whole new level of theming for a Disney restaurant. “More than ever, we’re using storytelling and creativity as we develop our menus,” says Maribeth Bisienere, vice president of Food & Beverage and Merchandise for The Walt Disney Company. “We’re continually creating magical experiences, and Be Our Guest Restaurant at New Fantasyland is the next step in the evolution.”

The storytelling starts with Walt Disney Imagineering, but it’s not long before the Food & Beverage team starts creating a menu to match the theatrics. This time, it’s all about the mysterious new Magic Kingdom Park castle that’s home to Beast from “Beauty and the Beast,” with a majestic Ballroom with 20-foot-tall ceilings, elegant chandeliers and a wall of 18-foot-tall windows that overlook the French countryside where a light snow is falling; the Rose Gallery, with a large music box centerpiece that’s almost 7 feet tall, with Belle and the Beast slowly twirling atop; and the forbidden, dramatic West Wing, with the warm glow of the Beast’s enchanted rose.

A team of Disney chefs, including longtime Disney Chef Roland Muller, a native of Alsace, France, has spent more than three years developing the French-inspired menu, creating both a quick-service menu for lunch and a more elegant table-service menu for dinner. 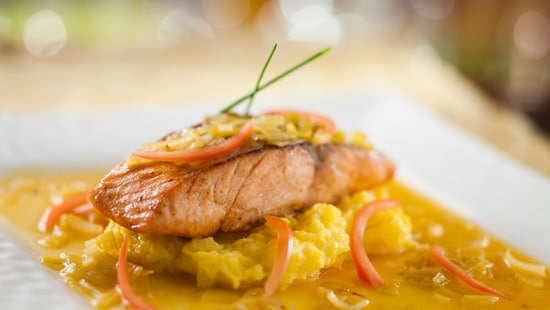 “Our role is to finish the story,” says Walt Disney World Executive Chef Lenny DeGeorge. And while the quick-service lunch is more of a French bistro, dinner is a more elegant affair with dishes themed to the film: a whole roasted hen, a pork rack chop, pan-seared salmon with leek fondue and saffron potatoes. Gourmet cupcakes and mousse-filled cream puffs are finished tableside.

And just for dinner, select wines and beers will be offered that complement the French-inspired cuisine.

Servers complete the picture, dressed in a style inspired by European fashions from the 1400s to the 1600s: a royal purple embroidered doublet, or vest, over a shirt with knickers that reach just below the knee. For evening service, a jabot or ruffle, buttoned at the throat, is added.

“From the moment they cross the bridge into the castle, it’s all about immersing our guests in the dining experience,” says Bisienere. “Every detail is part of the story.”

To make a reservation, call (407) WDW-DINE or book online at www.disneyworld.com/dine.