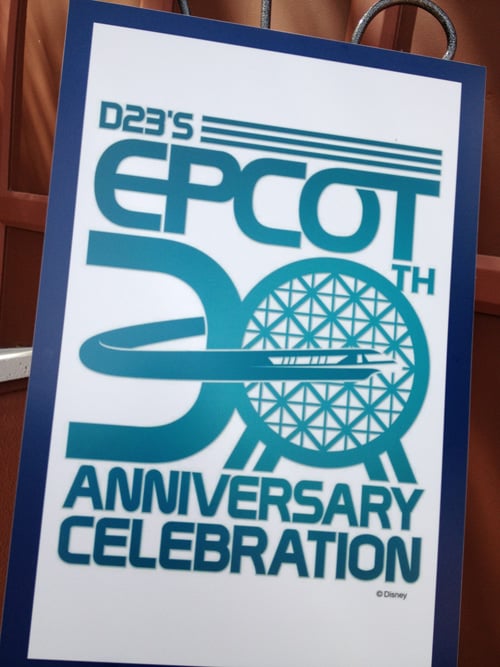 The 30th Anniversary of Epcot Kicks Off Today With D23 Festivities

Who doesn’t love a party?

Although the 30th anniversary of Epcot isn’t until tomorrow, October 1, fans have already begun celebrating the park’s milestone at D23’s Epcot 30th Anniversary Celebration at the park’s World Showplace.

So far today, D23 members have been treated to presentations by Disney Legends who helped bring Epcot to life, including Tom Nabbe, Bob Matheison, and Charlie Ridgway, as well as Walt Disney Imagineers. Cast members from the Disney Archives also presented some behind-the-scenes looks at the development of several Epcot attractions. Other activities on the list for the remainder of the day include a look at the park’s opening-day festivities, the music of Epcot, and more.

If you plan on celebrating the 30th anniversary of Epcot at the park tomorrow, be sure to check out the schedule of events – some presented by D23 – here.

Take a look back at Epcot in the posts below: