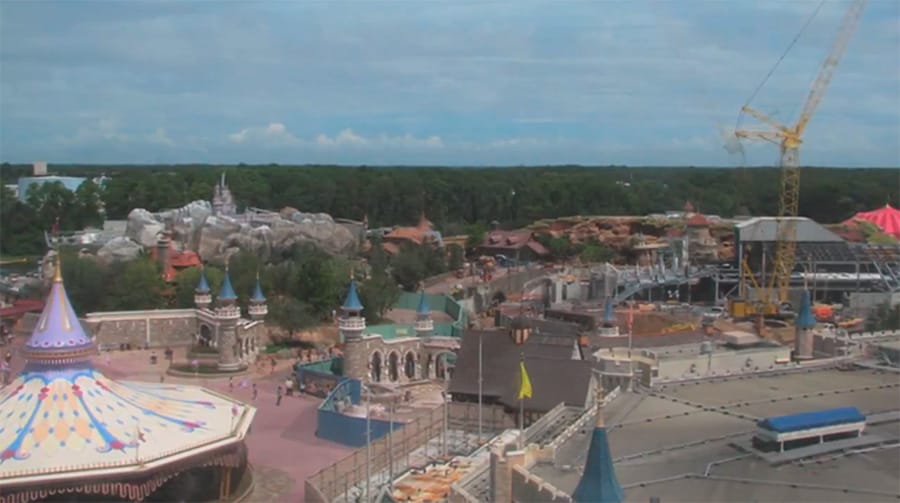 We’ve got a fun new look at New Fantasyland today, courtesy of our friends at Walt Disney Imagineering.

This really is the largest expansion in the history of Magic Kingdom Park, with several new attractions and experiences set to debut December 6. For reference, the area on the left is occupied by Enchanted Tales With Belle, Beast Castle (which houses Be Our Guest Restaurant), and Belle’s Village, which includes Gaston’s Tavern and Bonjour! Village Gifts. The rockwork on the right becomes Prince Eric’s Castle, which houses Under the Sea ~ Journey of The Little Mermaid and Ariel’s Grotto character greeting. Toward the end of the video, framework for the Seven Dwarf Mine Train, which brings a whole new “Disney Mountain” to the park, rises up in the center.

Now that you’ve seen the breadth of the expansion, which attraction are you most looking forward to experiencing?