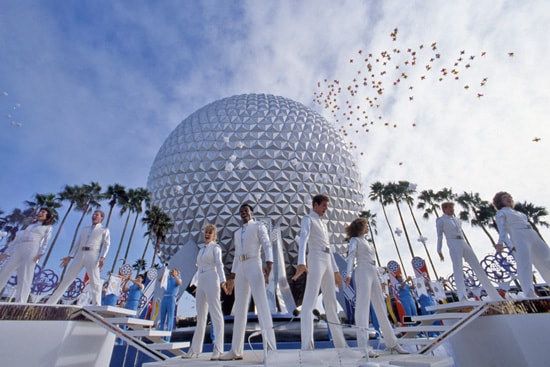 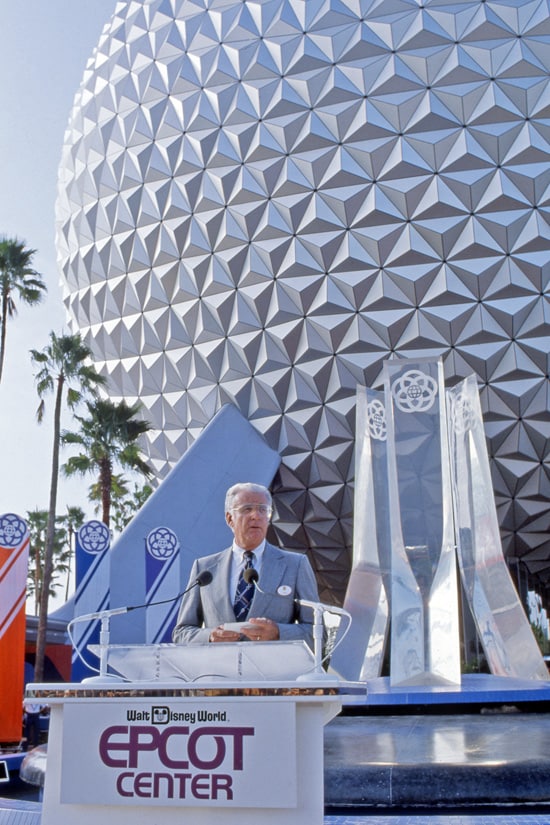 Plans to move forward with Walt Disney’s vision for an Experimental Prototype Community of Tomorrow (EPCOT) were first announced in 1974 by Card Walker (pictured above on opening day), then president of Walt Disney Productions. EPCOT Center was one of Walt Disney’s original ideas for the “Florida Project.” 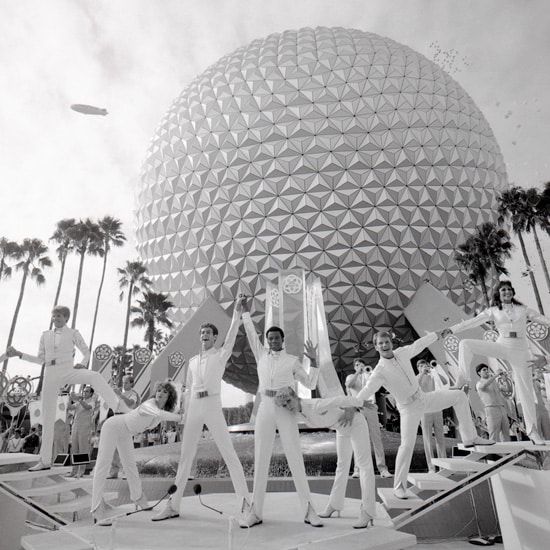 For more of the “Vintage Epcot” series, check out the posts below: