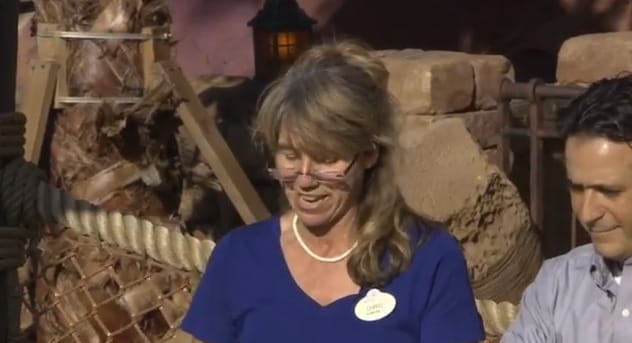 20,000 Leagues Under the Sea History Is Celebrated at New Fantasyland Event

As Imagineer Chris Beatty recently mentioned during our live chat on New Fantasyland, our Imagineers not only bring Disney magic to life in the form of wonderful attractions, but they’re also huge fans of Disney history. I don’t think anything demonstrates this more than the event Walt Disney Imagineering led yesterday in New Fantasyland at Magic Kingdom Park.

Yesterday, those bottles were opened for the first time. In this video, watch as Imagineer Chris Kelly leads a small group of bloggers in returning a piece of the past to New Fantasyland – simply amazing!

Likes (0)
Share 20,000 Leagues Under the Sea History Is Celebrated at New Fantasyland Event