I love the changes that autumn brings to Disney Parks. Between slightly cooler temperatures and the return of my favorite events, fall is a great time to visit. For the softlines team at Disney Theme Park Merchandise, autumn’s return means new apparel arrives at Disneyland and Walt Disney World Resorts. I recently met with Disney Design Group artist Casey Jones to survey some must-have shirts this season. 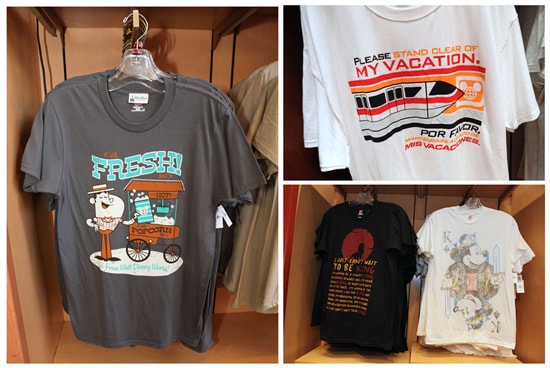 “This fall, guests will see several new designs inspired by experiences at Disney Parks,” explained Casey. “We also listened to fan feedback shared in the spring, which helped shape some design direction this season.”

You may recall my conversation with Casey in March when the Dole Whip and churro shirts were released. A popcorn shirt now joins the celebration of awesomely delicious treats found at Disney Parks. Designed by artist Dave Perillo, the shirt was based partially on requests by popcorn enthusiasts like me.

Another new shirt features a twist on a familiar phrase heard every day on the monorail. You may recall the concession candy packaging last year that inspired the “Please Stand Clear of My Vacation” shirt. Walt Disney’s quotes were an important part of shirts by Disney Design Group artist Tim Whalen. Casey told me these amazingly soft, tri-blend fabric shirts were created after a trip to California.

“Following a trip to the Walt Disney Archives in Burbank, we thought shirts featuring images of and quotes from Walt Disney would be great additions to our fall line,” continued Casey. “Based on feedback, we also know there are fans who wanted more merchandise featuring Walt.” 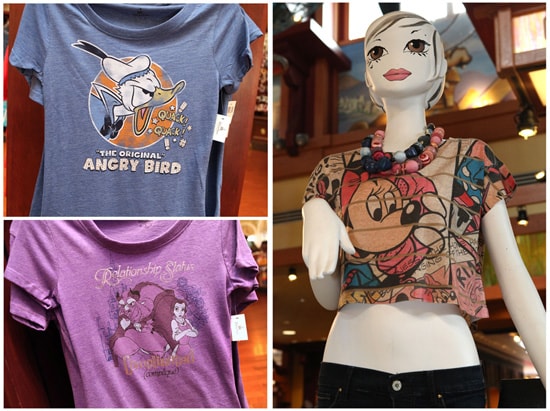 Rounding out the overview, the popular “Original Angry Bird” Donald Duck shirt is now available in a female cut. With New Fantasyland on my mind lately, I found the new Belle and Beast shirt entertaining.

My favorite shirt, however, is the “#DisneyVacation” one, mostly because I love the internet! Conversations about Disney vacations are something I have quite often, especially when someone discovers I work for Disney. I hope to see at least one photo of someone wearing that shirt while enjoying a Dole Whip at Walt Disney’s Enchanted Tiki Room (sounds like a hashtag challenge).