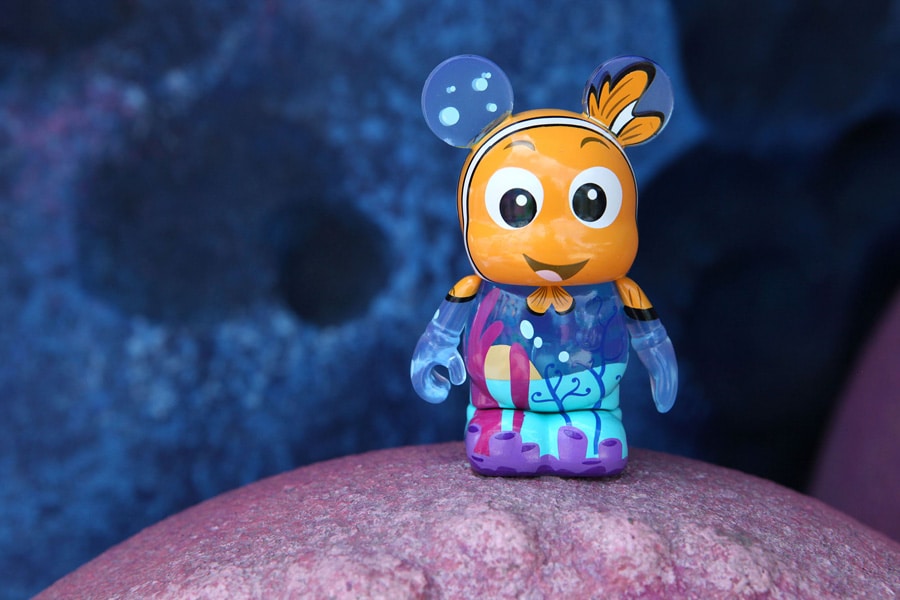 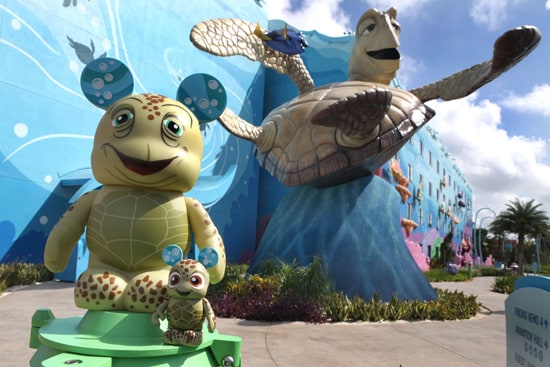 With the release of Disney-Pixar’s “Finding Nemo 3-D” in theaters, Disney Movie Rewards launched the “Just Keep Swimming” sweepstakes for Disney Movie Reward members (see their website for all the details). The grand prize includes a five-night Walt Disney World Resort vacation for six with a stay in a family suite at Disney’s Art of Animation Resort. After recently seeing a link to this sweepstakes on Walt Disney World’s Facebook page, I visited the Ink & Paint Shop at the resort for a look at some current (and upcoming) “Finding Nemo” merchandise offered at Disney Parks.

Dude (I couldn’t resist)! I begin with an upcoming two-figure Vinylmation set that will be released in spring 2013. Part of the Pixar Series #1, the set contains two of my favorite characters from the movie – Crush and his son, Squirt – as designed by artist Maria Clapsis. You will see several limited edition sets released in the coming months as part of this new Vinylmation series (think Little Green Men from “Toy Story” or Tuck and Roll from “a bug’s life”). We will kick off this Pixar-themed Vinylmation collection on November 16 with the release of a limited release mystery series containing 12, three-inch figures (Nemo is naturally part of that series). Look for the series at the D Street locations in California and Florida once released. 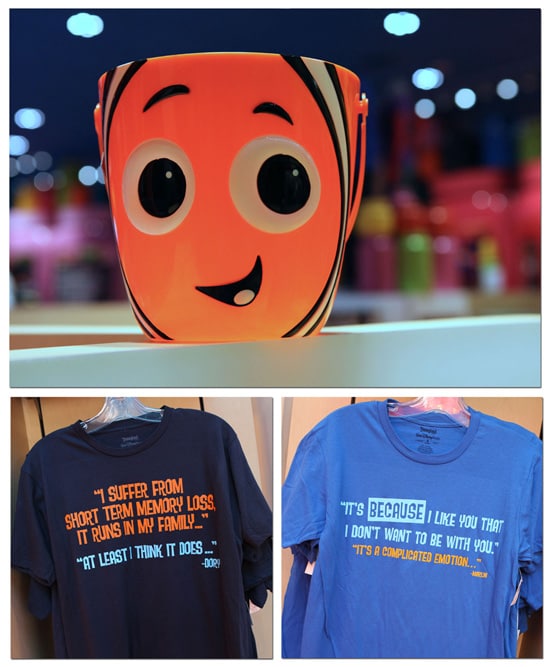 I “found” a collection of other Nemo and friends items that are currently available in the Ink & Paint Shop. I liked the Nemo-shaped bucket, which made me want to visit the beach. I also enjoyed two T-shirts that featured quotes from Dory and Marlin. To round out the assortment, I spotted items such as figurines, antenna toppers, toys, plush and shirts. One of the most unique items I found was a shower curtain similar to the curtains that are used in guests’ rooms at the resort. Look for three additional curtains including Ariel, characters from “The Lion King” and Mater with Lightning McQueen from “Cars.”

Here is a gallery of some additional items I found during my visit.

Read more about Disney’s Art of Animation Resort in the posts below: