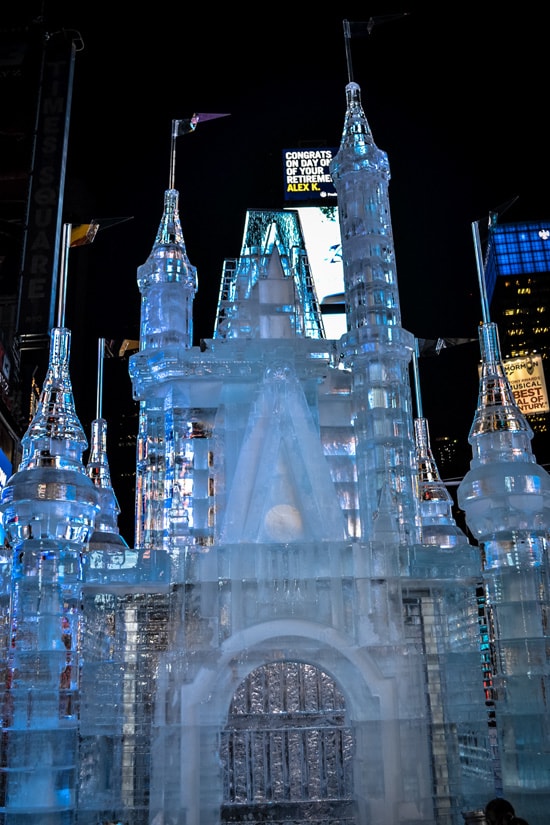 We have 52 weeks of magical surprises planned for you at Disney Parks in 2013.

Regular Blog readers already know that next year is a momentous year – with New Fantasyland, the largest expansion in Magic Kingdom Park history at Walt Disney World Resort and the first full year of a re-imagined Disney California Adventure park. And now, we’re adding “Limited Time Magic,” featuring unexpected experiences with an extra sprinkle of Pixie Dust at Disneyland Resort and the Walt Disney World Resort that’ll appear, and then disappear when the next debuts.

As part of this morning’s “Limited Time Magic” announcement, Mickey and pals helped unveil a three-story castle in the heart of Times Square in New York City. The fairytale castle is made of 45,000 pounds of ice and will be visible for a limited time thanks to the warm Autumn weather.

So, what can you expect with “Limited Time Magic” at Disney Parks when it begins in January? Here’s an idea:

We’ll be rolling out new experiences to begin the new year, so be sure and check the Disney Parks Blog in upcoming months to learn what’s happening. Also, you can learn more and follow along on Twitter by following @DisneyParks and using the hashtag #LimitedTimeMagic.