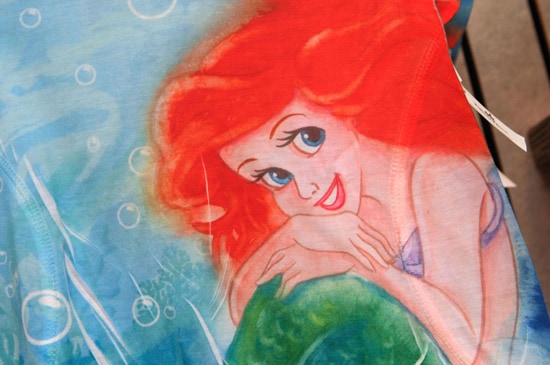 Guests will soon become a part of Ariel’s world at Under the Sea ~ Journey of The Little Mermaid in New Fantasyland at Magic Kingdom Park. There were a few requests for previews of the merchandise created for this new musical attraction. I spoke with Carla Lewandowski, senior franchise and brand manager with Disney Theme Park Merchandise, about what we can expect. Before her relatively new role, Carla was the merchandiser responsible for creating items first found at the sister attraction in Disney California Adventure park. She explained that the opening of the Florida attraction gave the team an opportunity to refresh the overall assortment for both parks. 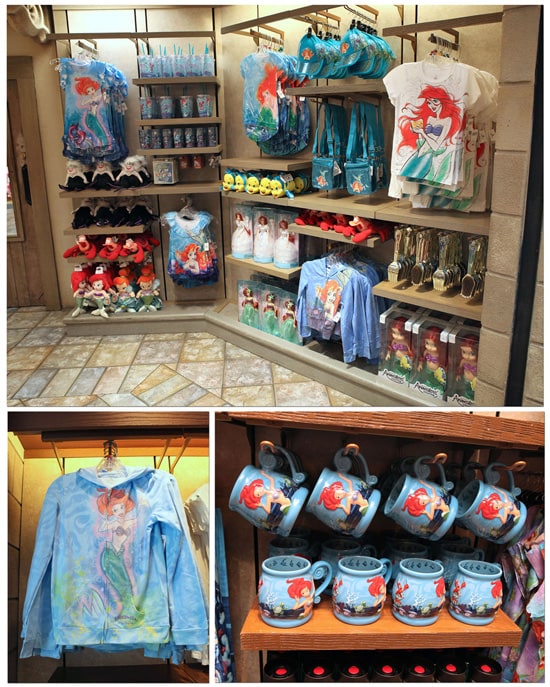 “When we first created merchandise for the attraction in 2011 in California, we used concept sketches as inspiration for the merchandise,” explained Carla. “For this new assortment, we were inspired by the many colorful scenes found in the actual attraction. We really liked the scene with Sebastian and the undersea band, and you’ll see many moments from that scene on the new items.” Disney Design Group artist Randy Noble created the pastel art style, which gives much of the merchandise a soft, almost water-like look. Carla used sublimated printing for several apparel items to enhance the colors. There are both kids and women’s shirts in the assortment. 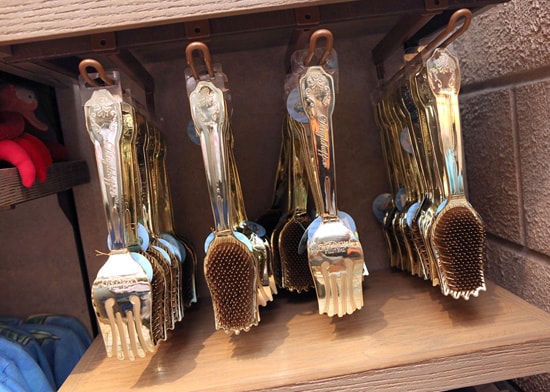 I think one of my favorite items is the dinglehopper (also known as a hair brush). Carla said it’s also one of her favorites, and it works great on her daughter’s hair.

Merchandise is currently available in Sir Mickey’s at New Fantasyland at the Magic Kingdom Park. A similar assortment will be found at Disney California Adventure park. The only difference for the California items will be the name of the attraction – The Little Mermaid ~ Ariel’s Undersea Adventure.

Here are a few more images from my visit.