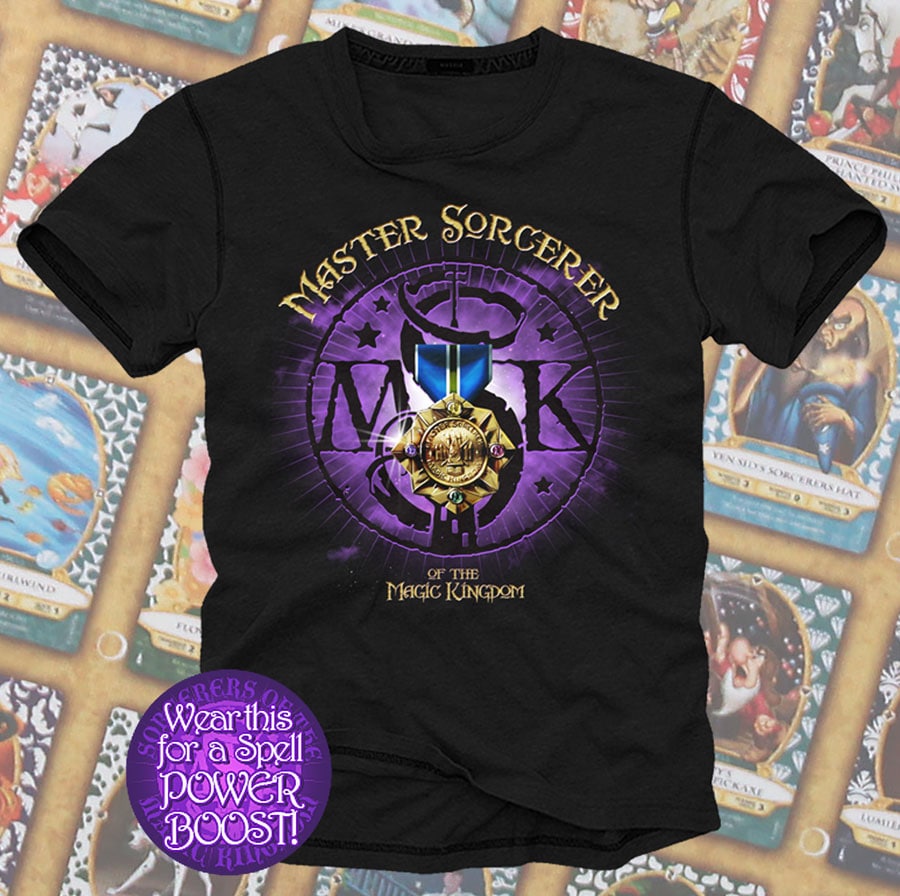 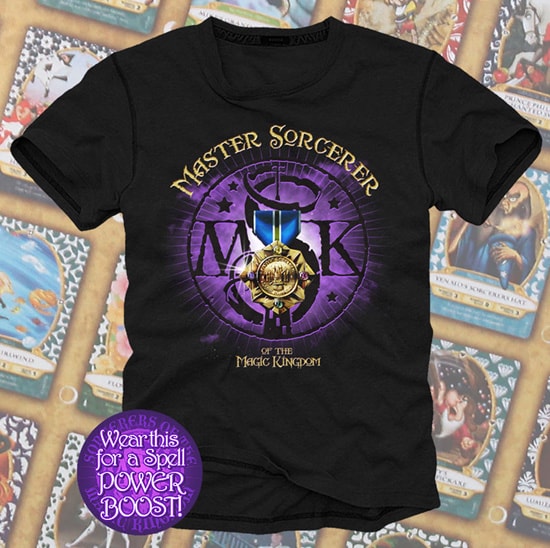 Apprentice sorcerers will soon have another way to power up when battling the Disney Villains during the Sorcerers of the Magic Kingdom role-playing game. Four new T-shirts will be coming to select locations at Magic Kingdom Park in mid-October. I first mentioned these shirts during the live chat with Imagineer Jonathan Ackley in June. I recently caught up with Jonathan to ask about their development. 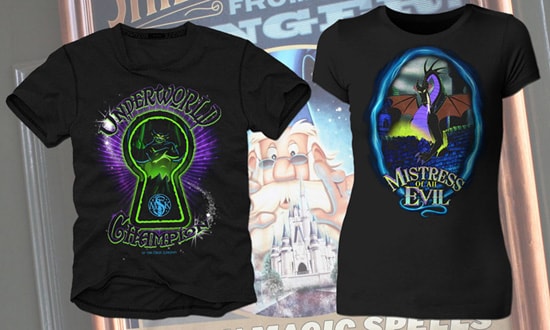 “I’m super excited for these shirts,” exclaimed Jonathan. “The Walt Disney Imagineering team has been working with product developer Summer Bloomfield for the past few months to create shirts that would assist with game play. There will be shirts for women, men and young sorcerers in training.”

Jonathan continued by explaining how the shirts work during the experience.

“When guests wear one of these shirts while adventuring, their spells will hit with maximum force,” he explained. “Although this does help with the harder levels of the game, it doesn’t mean they will win instantly. Guests will still have to know the correct cards to play against each villain, but all their spells will cast at ‘Master Sorcerer’ power level.” 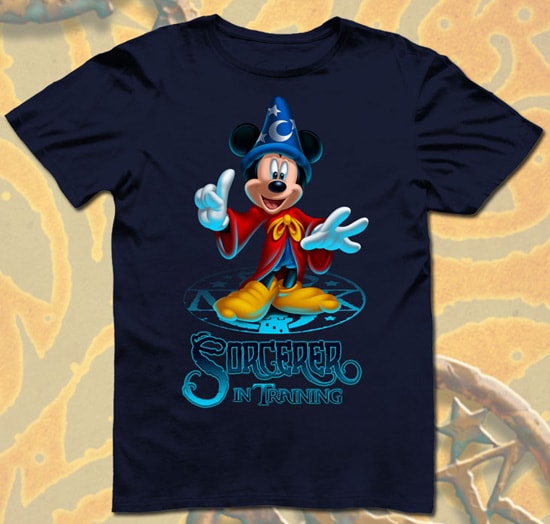 Once released, the shirts will be carried at Emporium and Uptown Jewelers on Main Street, U.S.A.; Sir Mickey’s in Fantasyland; and Frontier Trading Post in Frontierland. At this time, there are no plans to carry the shirts via the Disney Parks online store. There are, however, immediate plans for me to get one for my son. I know he’ll love wearing the Sorcerer Mickey shirt when we visit Magic Kingdom Park!

Read more about Sorcerers of the Magic Kingdom in the posts below: