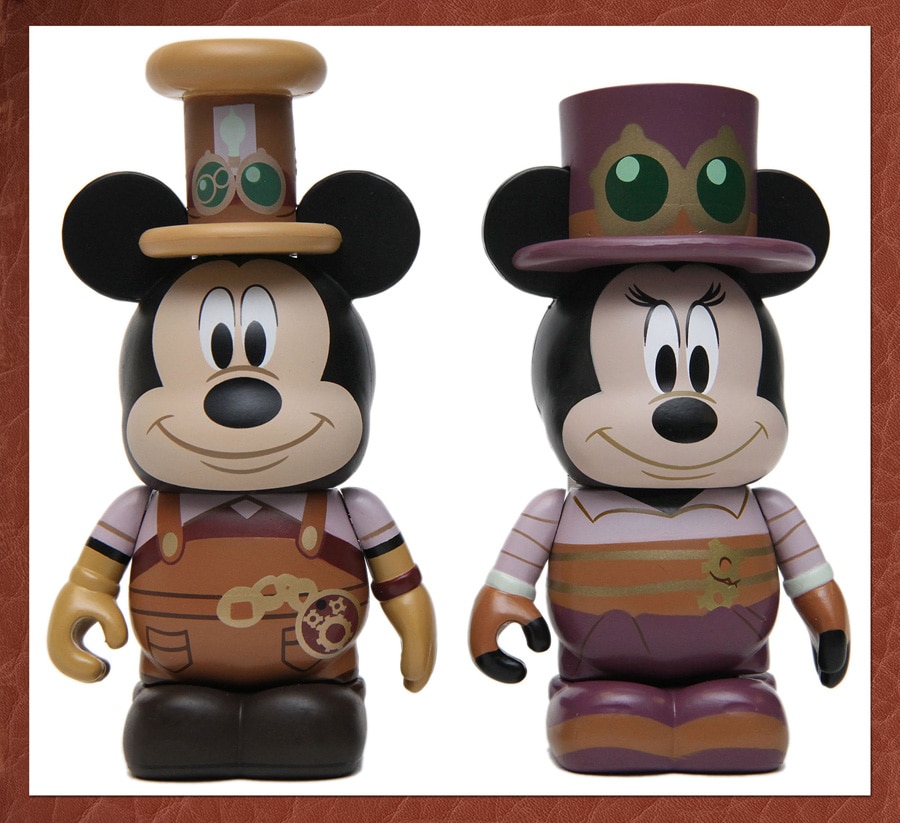 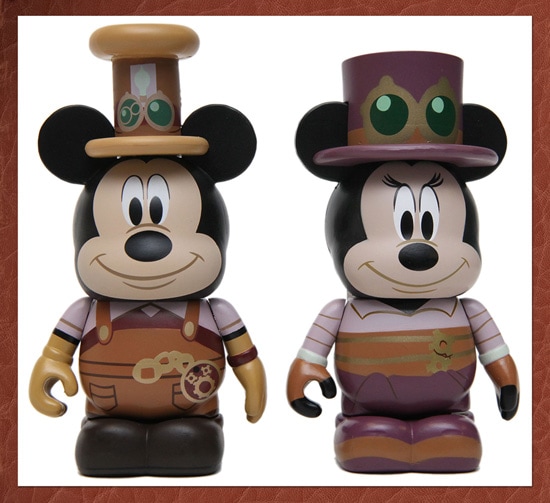 One of my earliest articles for the Disney Parks Blog was introducing an art program called “The Mechanical Kingdom.” This steampunk-inspired artwork was created by the talented Disney Design Group artist Mike Sullivan. Since that first article in March 2010, steampunk designs have found their way to pin collections, Vinylmation figures and a D-Tech case for the iPhone 4/4S. I’m delighted to share that a few additional steampunk items are coming to Disney Parks, including some recently released Vinylmation figures. I asked Mike about the design process for these new open edition figures. 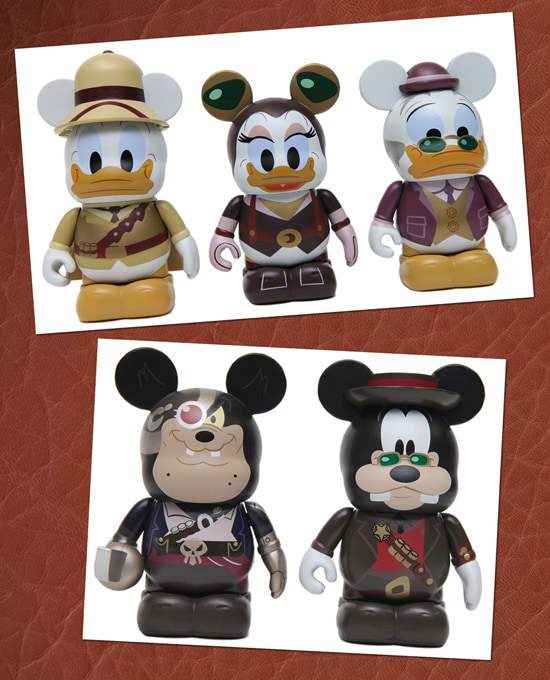 “I’m happy to finally see the Disney characters as Vinylmation figures wearing their steampunk attire,” explained Mike. “I created this artwork in 2009, and it’s been wonderful to see that it has inspired a variety of collectibles in recent years. For these new figures, I added a few accessories like Mickey Mouse’s ‘Steamboat Willie’ hat. Goofy was probably the most challenging figure to design, since he is tall. I created a stylized version of him in order to fit the three-inch, Mickey Mouse-shaped canvas.”

These figures were recently introduced in select locations at Disneyland Resort and Walt Disney World Resort. The series was also released via the Disney Parks online store, which is the only place to get the Ludwig Von Drake online exclusive figure. I think my favorite figure is Donald Duck (mostly due to his awesome pith helmet).

There are two steampunk-inspired open edition pins arriving at Disneyland Resort and Walt Disney World Resort in November. I love the green jeweled attachment on the Mickey Mouse icon (which reminds me of the Port Discovery area at Tokyo DisneySea – how I want to visit there again!). 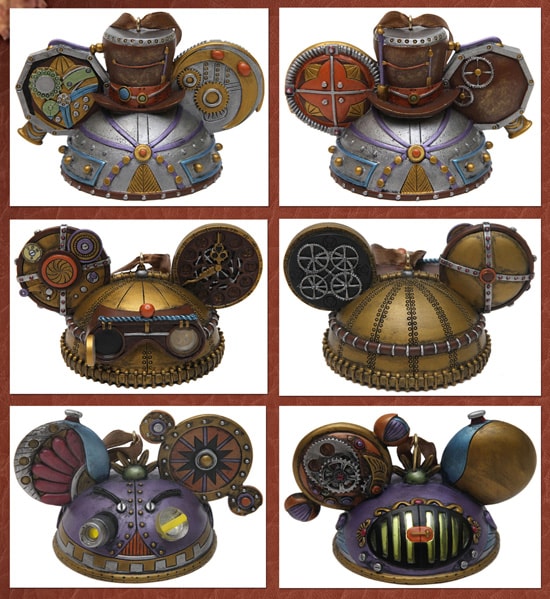 Steampunk fans will need to wait until spring 2013 to acquire some of the most amazing ear hat ornaments I’ve ever seen. You may recall that we introduced several beautifully detailed ornaments this past summer. These seven new steampunk ornaments were designed by Disney Design Group artist Costa Alavezos. The details on each limited edition ornament are incredible (some even have light up options). In the image above, you can see the fronts and backs of three different ornaments. I’m going to need a bigger tree!

Read these posts for more news about Vinylmation at Disney Parks: