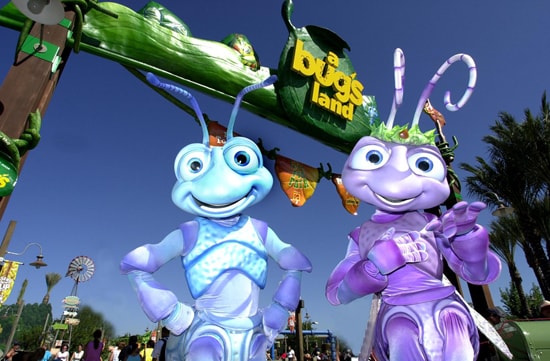 Ten years ago today, Disney California Adventure park guests got their first chance to shrink to the size of a bug and see the world from a new perspective when “a bug’s land” opened on October 7, 2002. 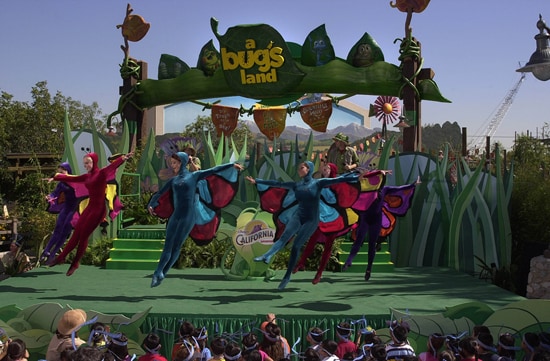 Flik joined colorful butterflies, brilliant bug-ologists and park guests for the “unearthing” of “a bug’s land” – inspired by the Disney•Pixar film, “A Bug’s Life.” And those with a keen eye can spot evidence of more magic on the way just behind those bounding butterflies above, as the Twilight Zone Tower of Terror was under construction at the time, set to open a few years later in 2004. 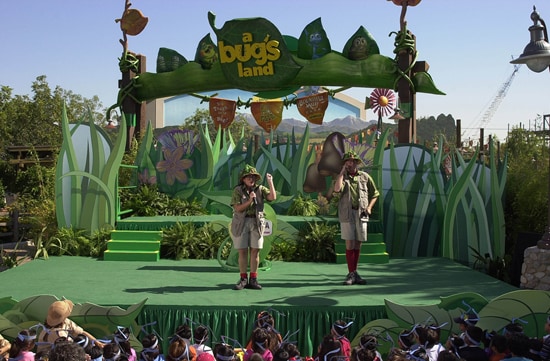 To commemorate the opening, local children became honorary bugs, donning antennae and having the chance to be among the first guests to visit the new land. “a bug’s land” remains a Disney California Adventure park favorite today, still inviting guests to explore the world from a bug’s view – under giant clovers and enormous blades of grass – ten years later.

Take a look back at more moments in Disneyland Resort history in the posts below: