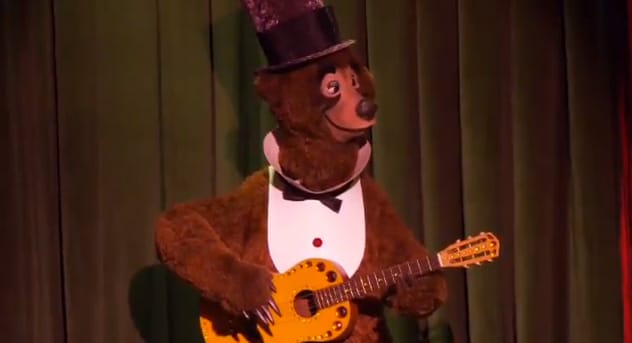 “The bear band bears will play now, in the good ol’ key of G – Zeke and Zeb and Ted and Fred and a bear named Tennessee.”

Who doesn’t love the Country Bear Jamboree, the toe-tapping country music show that stars the Five Bear Rugs band and friends, that has entertained guests since the opening of Magic Kingdom Park in 1971.

Country Bear Jamboree recently underwent a refresh that included some behind-the-scenes reengineering, changes to the theater, and more. In this video, shared by Walt Disney Imagineering, Imagineers Lauren Murphy, Pete Carsillo and Kareem Patterson, walk you through what you can expect next time you head for a growling good time at Grizzly Hall.

What’s your favorite part of this classic attraction? Tell us in the “comments” section below.