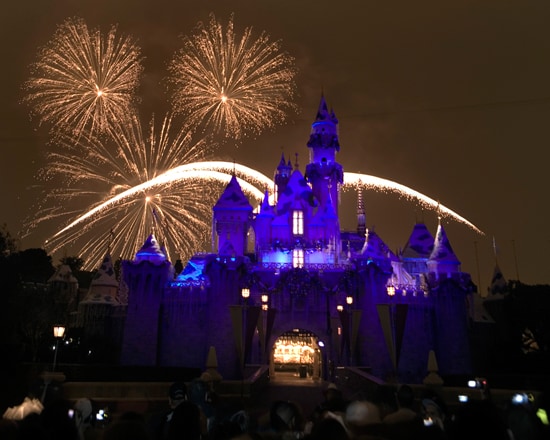 Are You Ready to ‘Glow with the SNOW’ at Disneyland Park?

One of my favorite parts of the Holidays at the Disneyland Resort is wrapping up a day in the park with the “Believe … In Holiday Magic” fireworks spectacular. And this year, the Creative Entertainment team has made that show even more special by incorporating the popular “Glow with the Show” Ears. Disneyland park guests will be able to become part of the performance, with visions of sugarplums literally dancing on their heads!

Just as they’ve done with “World of Color” and “Fantasmic!”, our designers and technicians have seamlessly integrated the magical, glowing Mickey Mouse ear hats into key moments of “Believe … In Holiday Magic.” From wildly changing patterns of red and green during the “Nutcracker Suite” to a bed of newly fallen snow leaving you dreaming of a “White Christmas,” the audience gets swept up in moments both up-tempo and serene.

And here’s a pro tip: If you’ve worn your “Glow with the Show” Ears a lot or just haven’t taken them to the park in a while, you may want to change the batteries (they take 3 AAAs). Fresh batteries will help your ears pick up the signal and glow along perfectly!

“Believe … In Holiday Magic” is scheduled to be presented nightly, November 12 – January 6.

Likes (1)
Share Are You Ready to ‘Glow with the SNOW’ at Disneyland Park?