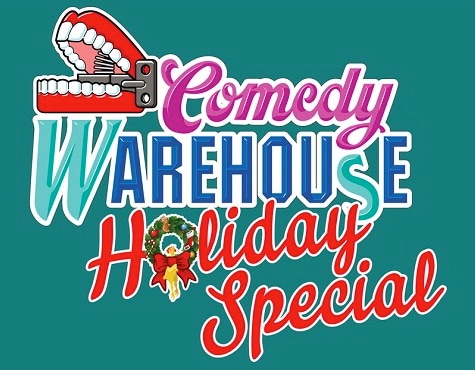 Last year, alumni of the former Comedy Warehouse on Pleasure Island were reunited at Disney’s Hollywood Studios for a limited run in “The Comedy Warehouse Holiday Special.” For seven short days, the show played to capacity crowds at the park’s ABC Sound Studio.

Well, today I have good news and better news! The good news is, “The Comedy Warehouse Holiday Special” is returning by popular demand. Better still, the show is moving to a larger venue, the Premiere Theater, and its run is being extended to 14 days. Now, even more Comedy Warehouse fans and park guests will have a chance to participate in this uniquely hilarious live show.

For the uninitiated, “The Comedy Warehouse Holiday Special” presents the best of family-friendly improvisational comedy, as performers take suggestions from the audience and add their own brand of humor right on the spot, inventing holiday songs, stories, poems and scenarios.

“’The Comedy Warehouse Holiday Special’ is like a family reunion of the Cast of the Comedy Warehouse,” said Show Director Chris Oyen. “We’re so happy to be able to bring everyone together again for the holiday season and to put on this show. It’s a gift from our family to yours.”

“The Comedy Warehouse Holiday Special” runs from December 23 through January 5 and is included in regular Disney’s Hollywood Studios park admission.