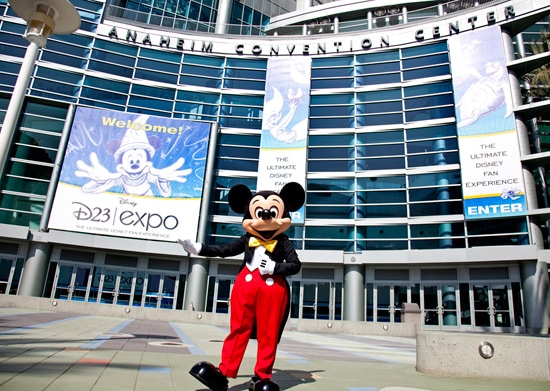 D23 Announces Disney Events Across the Country For 2013

D23: The Official Disney Fan Club has just announced a slate of extraordinary events for 2013, which will cross the country sprinkling pixie dust on D23 Members and Disney enthusiasts of all ages.

The fan club will bring its popular Sip & Stroll event, celebrating the Epcot International Food and Wine Festival, back to Walt Disney World Resort in fall 2013, as well as an all-new festive family event, D23’s Holiday Splendor, which will deck the halls in December of 2013.

The Walt Disney Imagineering campus in Glendale will host two special events at its Mickey’s of Glendale employee store, flinging open its doors exclusively to D23 Members on Saturday, April 13 and Saturday, June 8, 2013.

Returning in 2013 are D23’s popular tours of the Walt Disney Studio Lot and Archives, where guest have the opportunity to truly walk in Walt’s footsteps, as well as their 50 and Fabulous and From the Vaults film series held in the original Studio Theater on the Burbank Lot.

Of course, D23’s most spectacular event of 2013 will be its third D23 Expo: The Ultimate Disney Fan Event, which will take place August 9 – 11, 2013, at the Anaheim Convention Center, directly across from the Disneyland Resort. This can’t-miss, unforgettable three-day experience for Disney fans will once again be brimming with live appearances, musical performances and autograph opportunities by Disney’s top stars from films, TV and music; exclusive sneak peaks of what’s on the horizon at Disney Parks around the world, plus entertaining presentations on a variety of Disney topics. Attendees will also thrill to the always compelling Treasures of the Walt Disney Archives exhibit and the exciting Disney Legends Ceremony.