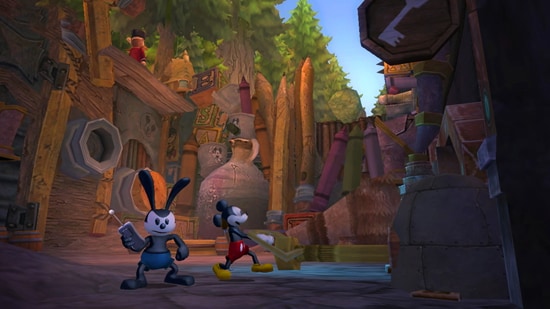 This weekend, Disney Interactive will release “Disney Epic Mickey 2: The Power of Two,” the second in the “Disney Epic Mickey” game franchise. We’ve already told you about how Mickey Mouse will team up with Oswald the Lucky Rabbit to save Wasteland – but if you’re a Disneyland Resort fanatic like me, there are some special areas of this alternative world you will want to look out for.

“We knew we wanted to go to Frontierland,” said game creator Warren Spector, adding that the Fort Wasteland area was directly inspired by Fort Wilderness, located on Tom Sawyer Island at Disneyland park. 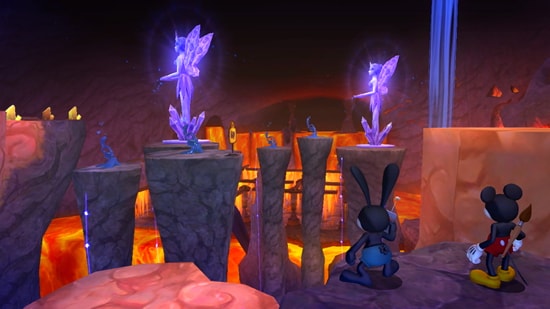 Another area inspired by the bygone days of Disneyland is Rainbow Caverns. Here, players can really hone their painting (or paint thinning) skills in a mystical cavern inspired by the classic Disneyland attraction, Mine Train Through Nature’s Wonderland.

“We could make games for the next 80 years based on the last 80 years of Disney history and never run out of material,” Spector said.

You can get inspired yourself when “Disney Epic Mickey 2: The Power of Two” is released this Sunday, Nov. 18, on Wii, Wii U, Xbox 360 and PlayStation 3.