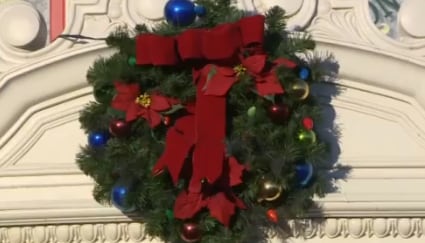 We’re ready for the holiday season at Disney Parks. And this week, the Disney Parks Blog shared an exclusive look at how Magic Kingdom Park was decorated this year.

Also this week, Gary shared a discovery he made online after reports of strange sightings at New Fantasyland. Is it a real magical dragon?

To find out more about the mysterious sightings at New Fantasyland visit Gary’s dragon-centric Tumblr blog: disneydragons.tumblr.com. And if you have your own dragon stories (or possible sightings!) to share on Twitter, use the hashtag #BelieveInFantasy.

It’s Time to ‘Celebrate the Magic’ at Magic Kingdom Park – The tradition of “The Magic, The Memories and You!” at Walt Disney World Resort continues with “Celebrate the Magic” – take a look at what you can expect.

Splitsville Almost Ready to ‘Roll In and Rock Out’ at Walt Disney World Resort – Disney Parks Blog author Darrell Fry goes behind the construction walls to share an exclusive look at the new Splitsville Luxury Lanes at Downtown Disney.

Senses – A Disney Spa at Disney’s Grand Floridian Resort Opening December 17 – Beginning next month, see how you can escape into a world of pampering and relaxation just steps away from Disney theme park fun.