Disneyland Ambassadors 2000 and Beyond: Where Are They Now?

Heri “Eddie” Garcia, 2000-2001
“My son, Herison, who was born while I was ambassador, is now 11! Along with my son, I share my time with my wife, Noelle, and my daughters Victoria and Charlotte. I have spent the last 10 years working at a credit union in Las Vegas as the training and project manager. I’m now heading home to Southern California to start another chapter of my life; my new role is vice president of operations for a credit union in San Bernardino.”

Doina Osborn, 2000-2001
“I am currently working as a portfolio planning manager with Walt Disney Parks and Resorts Creative Entertainment. I live in Anaheim with my husband of 18 years. We have two adorable dogs (JoJo and MacGyver) and I enjoy traveling, cooking healthy and ministry activities. My husband and I recently traveled to Europe as a mission trip effort with our church.” Matt Ebeling, 2002
“I currently reside in Malibu and serve Pepperdine University (my alma mater) as its executive director of alumni affairs. More importantly, I’m in love with my family, starting with my wife (and Disney cast member) Kim Ebeling and our 17-month-old son, Sawyer, who is already a big fan of Winnie the Pooh. When I’m not with my family or serving students and alumni, I love bodysurfing, movies and riding my motorcycle along the Malibu coastline and Santa Monica Mountains. The Ambassador Program was, and continues to be, an incredible blessing that gave far more to me than I feel I gave to it.”

Andrae Rivas Gill, 2005–2006
“I currently work on the marketing for Aulani, a Disney Resort & Spa, and Adventures by Disney. I live in Orange with my husband and our dog, Jack Jack. The way the program changed my life, and probably the most important one, was that I met my husband (and former ambassador), [and Disney Parks Blog and Disney Post author] David, through the Ambassador Program. Who knows if we would have ever met if we both didn’t become ambassadors?”

Becky Phelps, 2005-2006
“I am very fortunate that I get to stay at home with our beautiful 1-year-old son while working part-time as a freelance event planner. We are expecting our second baby at the end of December!”

Lindsay Garnett Rabicoff (formerly Schoonover), 2007
“I currently live in Scottsdale, Ariz., with my husband and new son. This year I will be graduating from law school at Arizona State University’s Sandra Day O’Connor College of Law and will be practicing with a large law firm in Phoenix as an attorney. Between law school and the little one, there is not much time for hobbies, but I do dabble a bit in photography, working out and video gaming.”

Adonis Reeves, 2007
“I am currently living in Pompano Beach, Fla., and working at Calvary Chapel Fort Lauderdale. I specifically work with a discipleship school called Patmos, where young adults come to grow in their Christian faith. I have been in Florida for almost three years and my Disney experience and ambassador training has played a beautiful role in my current position.”

Danielle Berry (formerly DuBois), 2009–2010
“Currently, I’m a stay-at-home mom in Mission Viejo. I got married during my ambassador term, and was pregnant soon after. Nowadays, I spend my days at play dates with my 17-month-old daughter and preparing for a new baby due in January 2013! Being ambassador was such an amazing experience for me and a perfect way to spend two of my five years with the resort.” 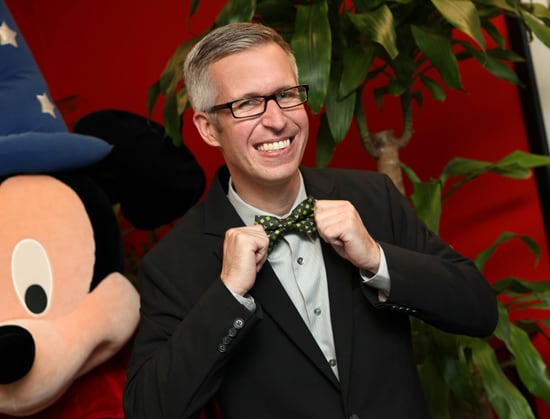 And of course, I would be remiss if I did not give a shout-out to my fellow Disney Parks Blog author, and former Walt Disney World Resort Ambassador, Steven Miller. Steven served on the 2001/2002 Ambassador team, and I think we all know what he’s been up to since.

Read more about the Disneyland Ambassadors in the posts below:

Likes (0)
Share Disneyland Ambassadors 2000 and Beyond: Where Are They Now?