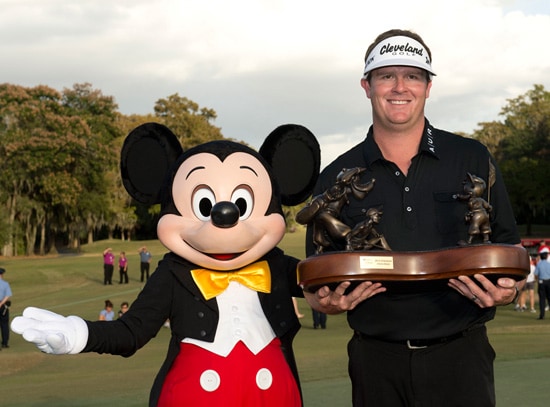 It just wouldn’t have been right if pro golfer Charlie Beljan of Arizona had won his first PGA TOUR tournament somewhere else Sunday besides Walt Disney World Resort. I mean, his performance throughout the week at the Children’s Miracle Network Hospitals Classic here was a classic fairytale story – rookie player takes early lead then falls ill on the course only to recover the next day and go on to win his first title at the last TOUR event of the season.

Only this was no fairytale, but rather a real-life dream come true for Beljan, 28, whose $846,000 winner’s check was nearly double what he had earned so far this year. And then there’s this: he joins Tiger Woods and Jack Nicklaus in the fraternity of eight players to win this tournament the first time they played here.

While leading the tournament, Beljan’s blood pressure spiked during Friday’s second round when he also developed a shortness of breath, causing him to nearly collapse at times during the final few holes. After getting medical attention, he returned the next day and continued his blistering play the final two rounds – he had 22 birdies in all – to notch one of the most emotional and inspiring victories in the Disney tournament’s 42-year history.

“Every day I drove underneath that Disney sign coming here (and) it said ‘Welcome to Disney World, Where Dreams Come True,” Beljan said after his win. “And that’s just what happened this week.”

Of course it did.