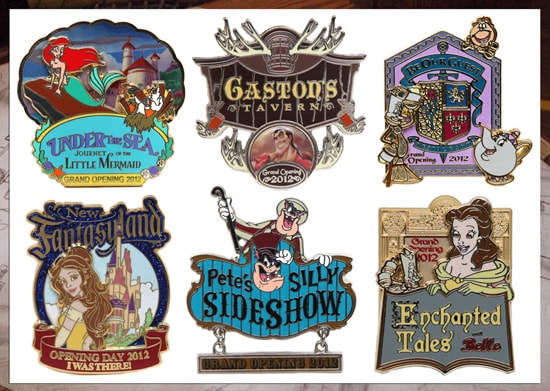 I recently shared with you a look at some of the commemorative items that will be released at Magic Kingdom Park on December 6. One thing that won’t be found at Magic Kingdom Park that day will be the limited edition pins created for New Fantasyland. Instead, we will be holding a special release party for the grand opening pin collection that evening at Disney’s Coronado Springs Resort. This release party will take place in Room J at the Convention Center from 5:00 p.m. to 8:00 p.m. We will also be offering space for guests to trade pins (or Vinylmation if desired) during that time. We thought this would be a great way for guests to enjoy the magical grand opening of New Fantasyland in the morning then continue the celebration at Disney’s Coronado Springs Resort in the evening. I spoke with the Disney trading and merchandise events teams to learn what items will be released that night. 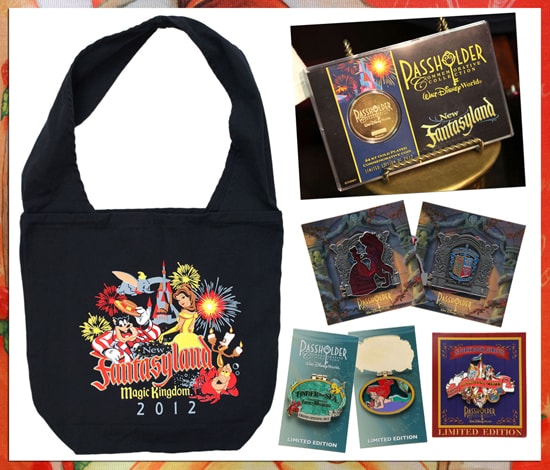 The most important thing I learned is none of these items will be found in Magic Kingdom Park on December 6 as all quantities will be released at this event. If you plan on attending, guests may start lining up at the Convention Center beginning at 4:00 p.m. (the Resort will not allow guests to line up any earlier).

Excited for the opening of New Fantasyland? Join in on the conversation on Twitter with the hashtag #NewFantasyland.