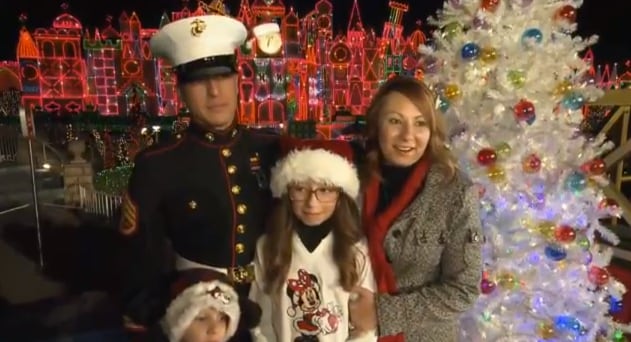 Military Family ‘Flips the Switch’ on More Than 300,000 Holiday Lights at Disneyland Resort

This year, SYLVANIA identified the Plummer family from Palmdale, Calif., through Operation Homefront, a nonprofit organization that provided housing assistance to Marine Corps Staff Sgt. Mark Plummer, who earned a purple heart in Iraq, and his family.