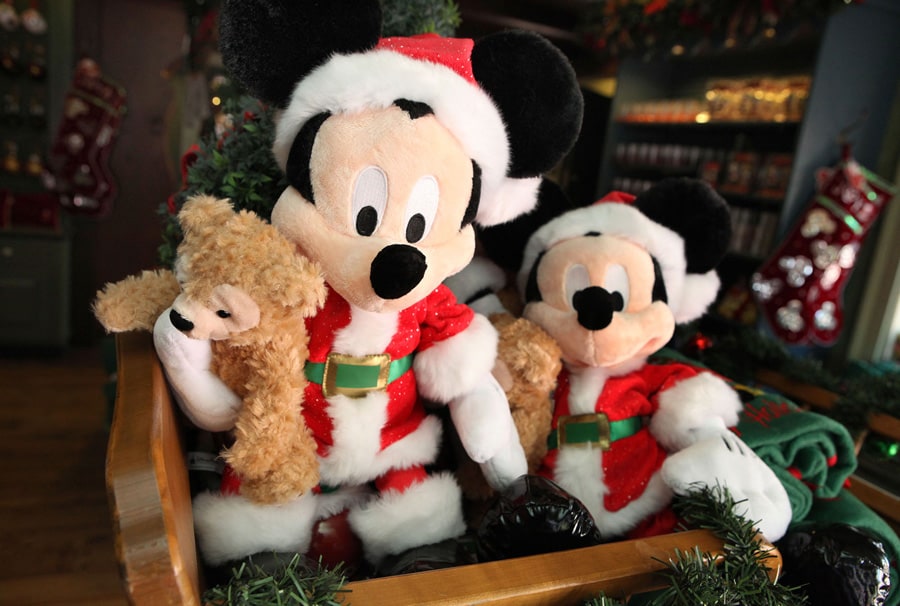 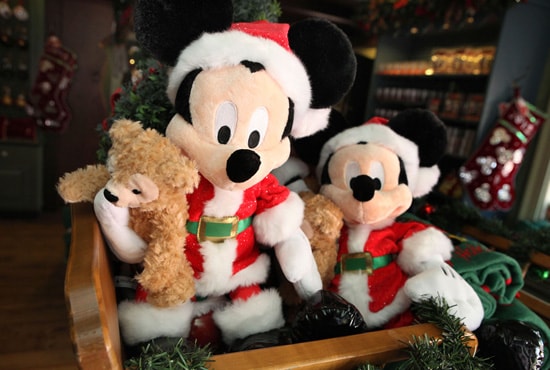 I recently shared how fall signals the arrival of new apparel at Disney Parks. Guests aren’t the only ones getting new options this season, as several new outfit options will be introduced for Duffy the Disney Bear. 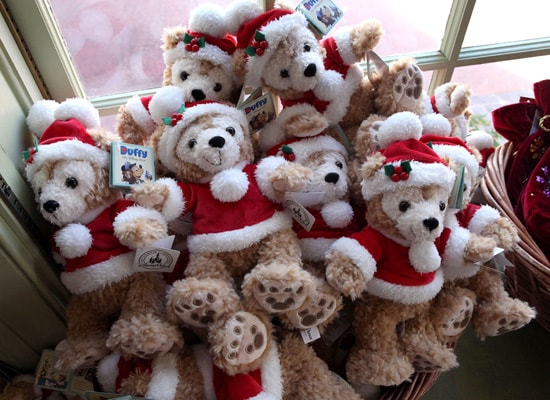 During a photo safari to Magic Kingdom Park, I spotted a new plush Mickey Mouse holding a small Duffy bear in the Ye Olde Christmas Shoppe at Liberty Square. This is one of two new options for the holidays, with the other being a new nine-inch Duffy dressed as Santa Claus. The Santa costume for the 17-inch bear introduced last year also returns this year. 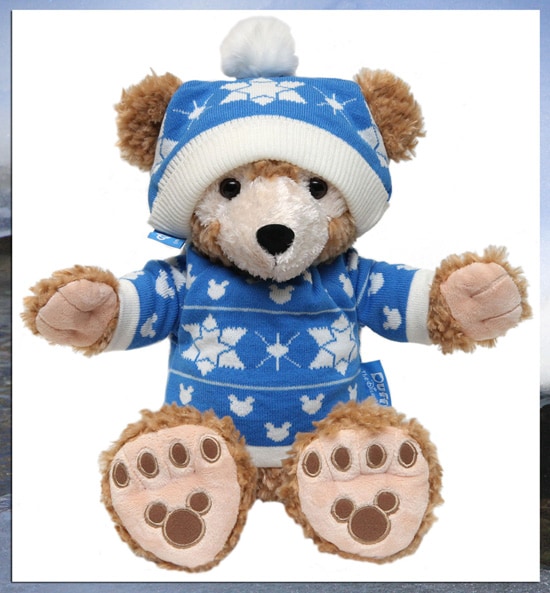 For those colder winter nights, Duffy is getting a fun holiday sweater and cap that arrives in locations at Disneyland Resort and Walt Disney World Resort on October 29. Disney Design Group Artist Monty Maldovan told me that fan feedback helped create this sweater.

“I designed the sweater after hearing that Duffy fans wanted more costumes for 17-inch bears,” he explained. “We wanted some winter attire that could complement the Santa outfit we introduced last year.” 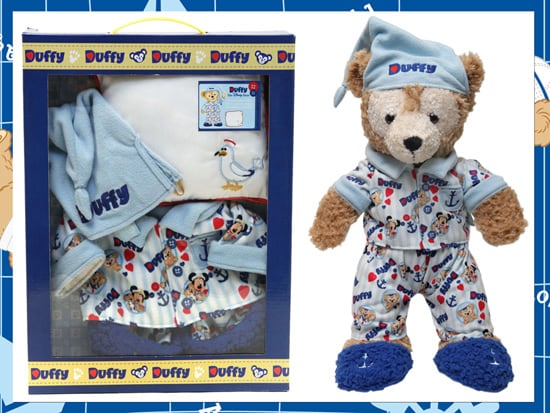 Some of the most interesting new items are a series of costume trunks arriving in late 2012. This first trunk will be released on November 23 at Disneyland Resort and Walt Disney World Resort, and will contain a pajama outfit for a 17-inch bear complete with a sleeping cap and slippers. The trunk also has a miniature pillow with Tippy Blue, a character first introduced at Tokyo Disney Resort. I turned to Monty for details about this new feathered friend.

“Tippy Blue is a character first introduced at the American Waterfront area in Tokyo DisneySea,” said Monty. “He made a cameo in the hardcover storybook we released in October last year. This pillow, however, is the first merchandise item to feature Tippy Blue for Disney Parks in the United States. I thought he would make a cool new addition to the Duffy the Disney Bear world.”

Two additional trunks containing costumes inspired by Peter Pan and the Mad Hatter will be released on December 17. (I gave a first look at these costumes back in June.)

If you add any of these costumes to your Duffy collection, I’d love to see photos shared on his official Facebook page.

Read more about Duffy the Disney Bear in these posts: