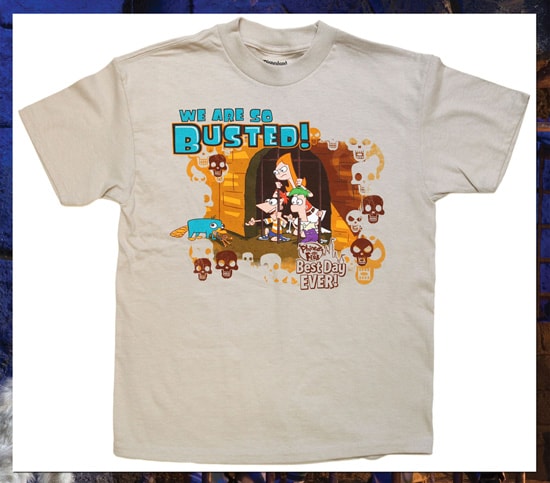 I wish I still had 104 days of summer vacation. My parents were school teachers, so they had summers off. I loved playing outside until the last moments of sunlight faded from the Ohio sky. Today, the closest I get to having 104 vacation days is watching “Phineas & Ferb” with my son. While it’s no longer summer at Disney Parks, Phineas and Ferb are still having the best day ever, as seen on four new boy’s tee-shirts. I spoke with Disney Design Group artist Tyler Dumas about how these shirts were created.

“We imagined what would happen if [Phineas and Ferb] visited Disney Parks,” explained Tyler. “After a few brainstorm sessions, we selected four attractions that are found at both Disneyland and Walt Disney World Resorts. Disney Design Group character artist Ron Cohee drew the scenes, which kept the playful spirit from the show.” 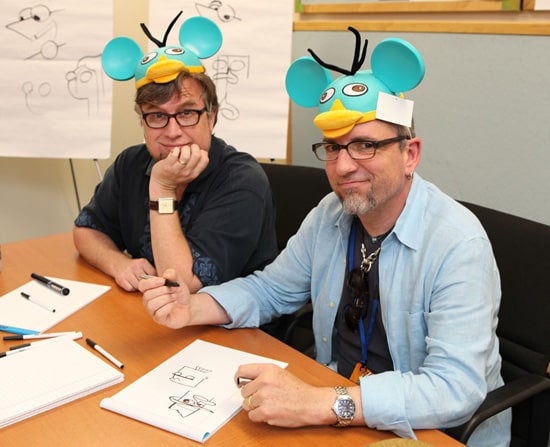 “Dan and ‘Swampy’ were supportive of this new art program,” continued Tyler. “They liked how we connected the two universes of ‘Phineas & Ferb’ and Disney Parks. During their visit, we had a work session where they offered a few tips on how to best draw the characters. It was great hearing how they approached character design as it made the artwork even better.” 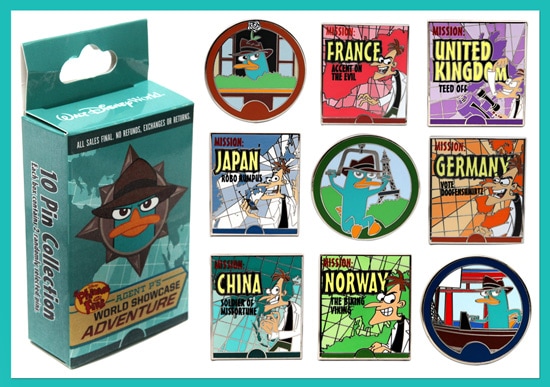 Agent P has also had the best day ever at Epcot with the launch of Agent P’s World Showcase Adventure this past year. We will be releasing a mystery pin set based on this experience this December.

I think the only shirt missing is the one featuring Phineas & Ferb meeting my fellow Disney Parks Blog author Gary Buchanan. I’d wear that every day if it existed!