Season’s Aloha! Holiday Fun for All Ages Coming to Aulani 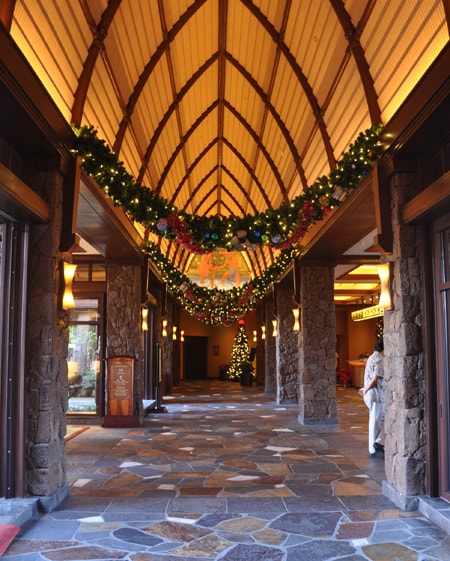 Beginning Thursday, November 22, Aunty, Uncle and all the welcoming cast members at Aulani will be celebrating the holidays with songs and stories. Aunty will perform “Santa’s Hula” as part of her Breakfast Celebration at Makahiki. The Aulani Starlit Hui band will add island holiday tunes “Mele Kalikimaka” and “Christmas Luau” to their repertoire. And Uncle will tell stories that celebrate the Makahiki season around The Circle of `Alae `Ula Fire Pit. Movie Nights will include titles like “The Santa Clause,” “Tim Burton’s The Nightmare Before Christmas” and “Prep and Landing,” as well as a holiday-inspired `ohana trivia game with a special gift for the winning family.

And if everyone has been nice – not naughty – this year, Santa will make a special visit to Aulani on Christmas Eve morning.

Mele Kalikimaka to all!

Keep an eye on the Disney Parks Blog for more updates on the holiday season at Disney Parks, and join the conversation on Twitter by using the hashtag #disneyholidays.

Check out these posts for more news from Aulani, a Disney Resort & Spa: