Fifty years ago today, on November 18, 1962, the Swiss Family Tree House opened in Adventureland at Disneyland park, taking guests into the world of the 1960 Disney film “Swiss Family Robinson.” The tale of a shipwrecked family who built themselves an island home was brought to life in this Disneyland attraction where guests walked – or rather, climbed – through a treehouse filled with European furniture, ship parts saved from the wreck and items found around the island. 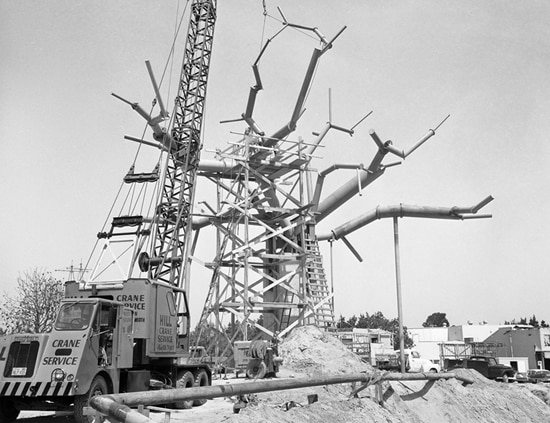 A new family moved into the treehouse on March 8, 1999, when it became Tarzan’s Treehouse but the familiar “Swisskapolka” still plays from the phonograph.

See more of Disneyland Resort history in the posts below: