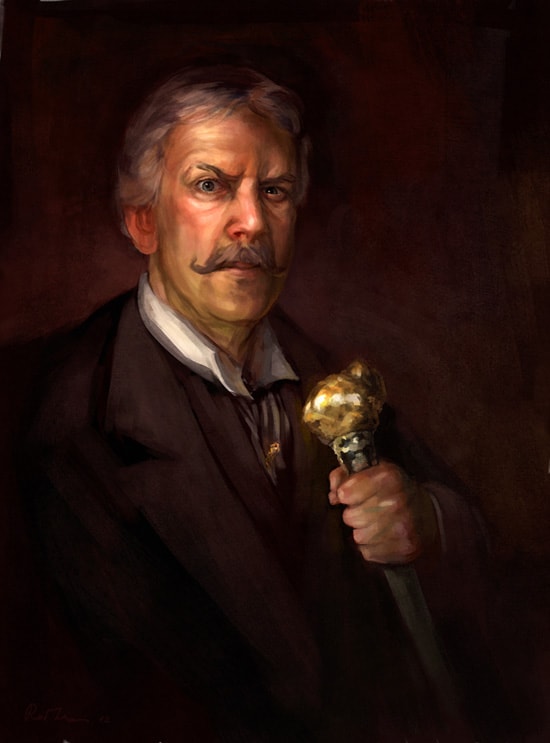 Who doesn’t love a good mystery – and we just happen to have one to share with you today. Our friends in Walt Disney Imagineering just sent us this portrait as a sneak peek of one of their upcoming Walt Disney World Resort projects. Any ideas which attraction this may soon be a part of?

Here’s one hint to the identity of this fine fellow: “His obsession with gold will ultimately lead him to ruin.”

Leave your guess in the “comments” section below.