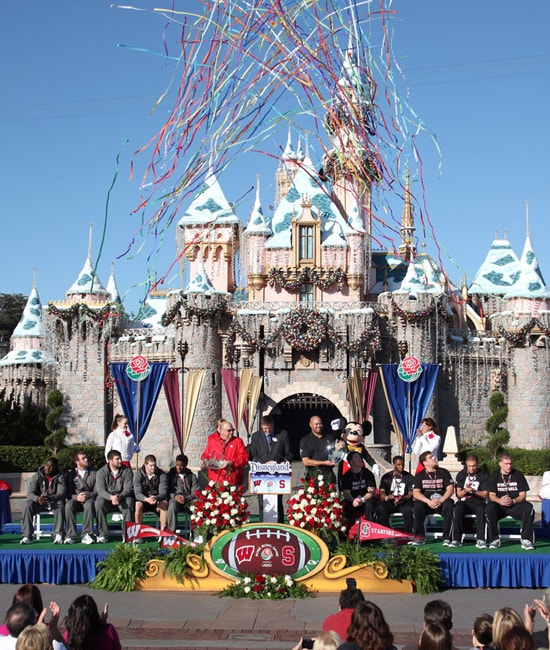 Prior to their January 1 face-off, 2013 Rose Bowl rivals Wisconsin Badgers and Stanford Cardinal took a break to celebrate their achievement here at Disneyland park. A tradition since 1959, Disneyland has welcomed the Rose Bowl teams each year for a special ceremony in the park. 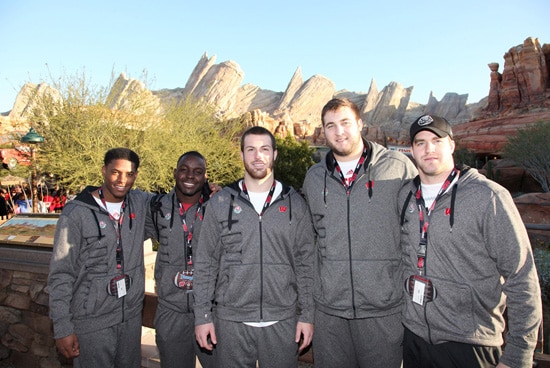 After the ceremony, the players and coaches visited the new Cars Land at Disney California Adventure park … 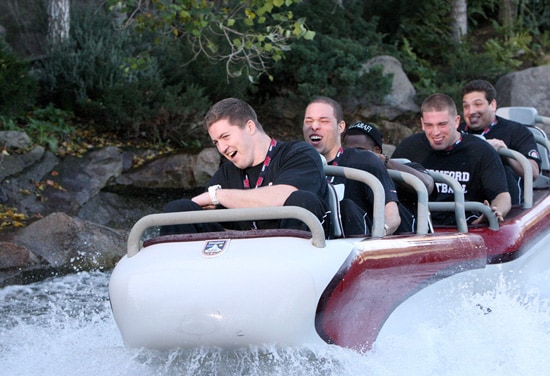 … and took a ride on the newly reopened Matterhorn Bobsleds.

Please join me in wishing both teams good luck in the 99th Rose Bowl game on January 1, 2013!