For a holly jolly dose of cheer, tune in this morning, December 25, for the Disney Parks Christmas Day Parade TV special on the ABC Television Network.

The 29th annual telecast takes guests on a coast-to-coast holiday celebration at the Disneyland Resort in California and the Walt Disney World Resort in Florida.

Some of today’s top stars join the party, with dozens of sparkling floats and a sleigh-full of Disney and Disney•Pixar characters bringing good tidings to you and your family.

Tune-in times are as follows, on the ABC Television Network (check local listings):

The show also will air in Canada on CBC Network, and across the globe on the American Forces Network. 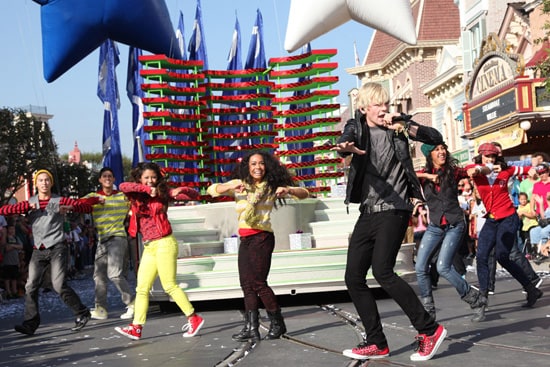 Viewers can visit disney.go.com/christmasparade to view some online video features about the show, and join the social media conversation before and during the telecast using the hashtag #DisneyParade.