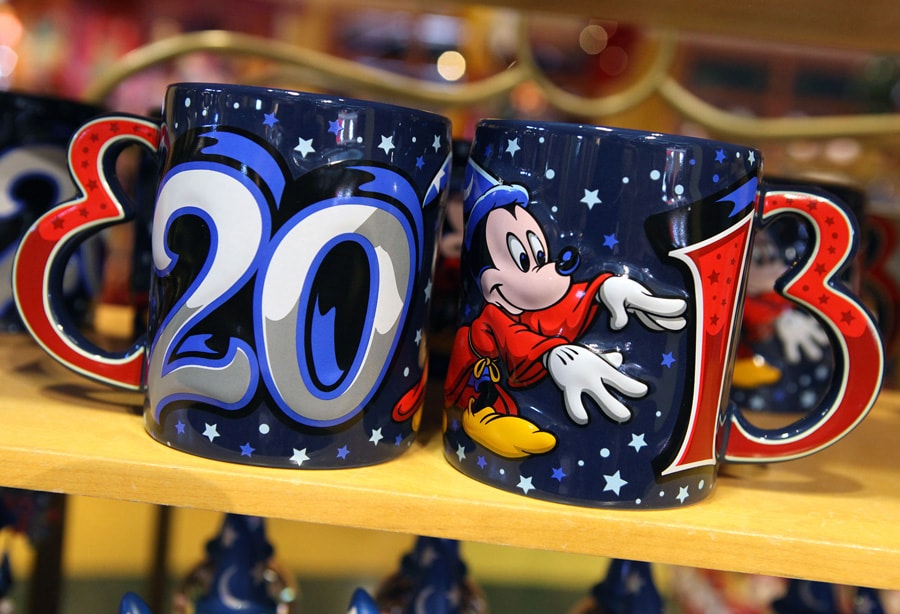 Believe in Magic with the 2013 Disney Parks Merchandise Collection 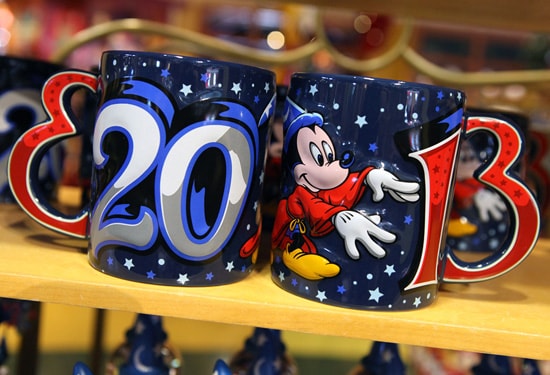 I generally believe I’m a lucky guy. I have two wonderful children, loving parents, an amazing girlfriend, and I work at the happiest place on Earth. While the New Year arrives with a number that some may consider unlucky, I believe that 2013 will be a lucky and magical year. Believing in magic is the theme that Disney Theme Park Merchandise selected for the 2013 dated art programs. The foundation for this new program is the style guide that Disney Design Group completed in November 2011. I recently took a closer look at the style guide to see what artwork is coming to merchandise in the New Year. 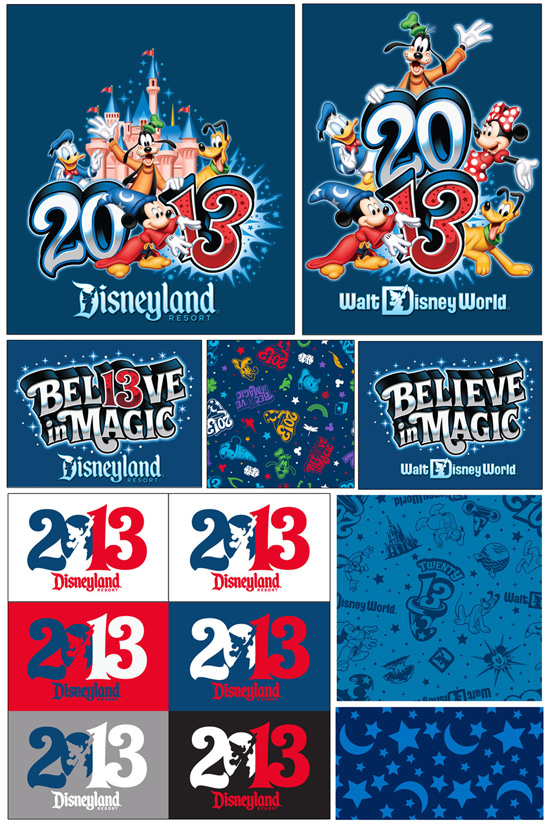 The 2013 style guide contains a variety of logos, graphics and patterns that give one consistent look for the merchandise. Artists and merchandisers can use elements from the style guide on all sorts of items from drinkware to plush to coffee mugs. Sorcerer Mickey and his hat are both prominently featured in the 2013 artwork. I particularly like how his silhouette was incorporated in the logos for Disneyland and Walt Disney World Resorts (something I’ve not seen before). I also liked the creative use of “13” in the word “believe.” 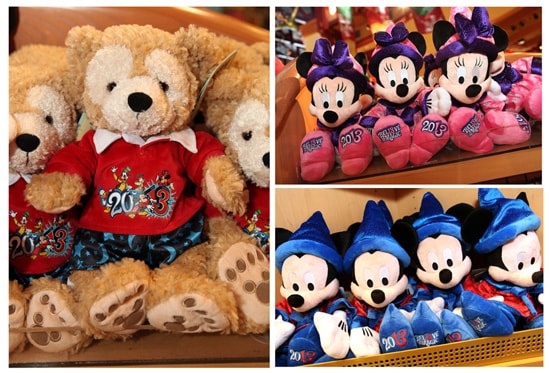 At many merchandise locations in Disneyland and Walt Disney World Resorts, you will see visually impressive statements containing all kinds of 2013 merchandise. These statements make shopping easier for guests, as dated merchandise is some of the most popular souvenirs from Disney Parks. 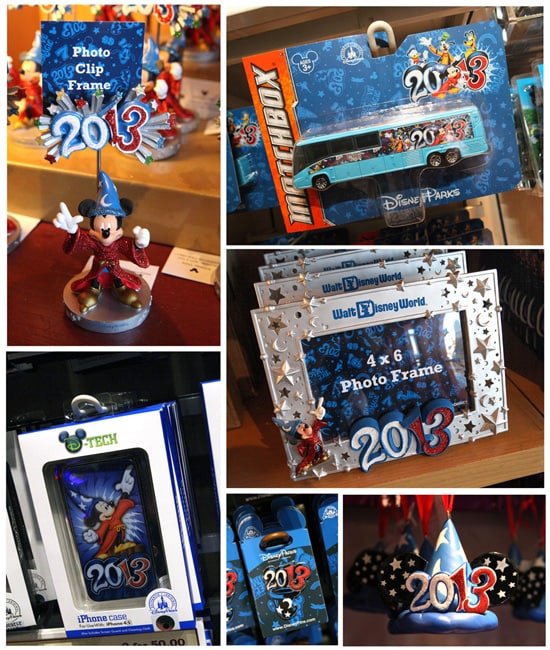 Guests can also find an assortment of 2013 merchandise on the Disney Parks online store. One of the more unique items currently in the shop is a tie-dyed shirt for Disneyland Resort and Walt Disney World Resort that has Sorcerer Mickey and friends facing off against several Disney Villains.

Disney Design Group created alternate art program for 2013 that you may recall seeing in a recent Disney Parks Blog video. Stay tuned as I will be giving a closer look at the amazing oversized posters from the 2013 calendar that will also make their way to pins, Vinylmation, iPhone covers and apparel next year.