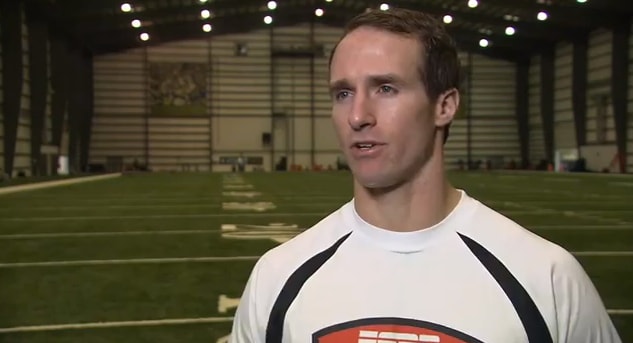 NFL star quarterback Drew Brees shouted those famous words “I’m Going to Disney World’’ after his team won the Super Bowl in 2010. Now, he’s coming back to Disney, this time during the summer to launch his first high school football academy.

The Drew Brees Passing Academy and Tournament will make its debut at the ESPN Wide World of Sports Complex at Walt Disney World Resort, June 27-30, 2013. The academy is open to all skill levels but is expected to attract some of the most highly-ranked high school players in the country and will involve elite-level instruction from Brees and other marquee NFL players and coaches. The academy participants will learn insider tips related to virtually every facet of the passing game, from the proper throwing motion to throwing on the run to taking command of the huddle, from one of the NFL’s elite quarterbacks.

Also, the athletes will immediately get to test what they have learned by taking part in three days of intensely-competitive 7-on-7 competition, a format which has been widely credited with helping accelerate the development of several current young NFL starting quarterbacks. The 7-on-7 competition will be run by KSA Events, the nation’s premier host of high school sports events.

The unique part of the academy is that the proceeds from it go to benefit Brees’ charitable foundation, the Brees Dream Foundation, established in 2003 by Brittany and Drew Brees to help improve the quality of life for cancer patients and provide care, education and opportunities for children and families in need.

Teams can sign up for the academy at www.ksaevents.net/.