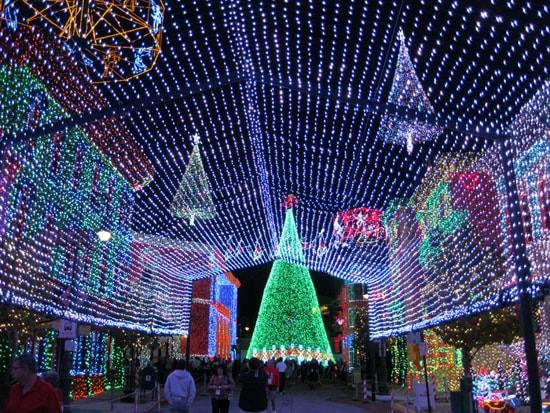 Hundreds of members of D23: The Official Disney Fan Club gathered at Walt Disney World Resort this past weekend to enjoy Magic and Merriment, D23’s holly jolly event. Magic and Merriment has grown so popular, the fan club offered the event twice this year!

Both days began with compelling and entertaining presentations. Graham Allan explored how the parks have celebrated the holidays throughout the years with fascinating images pulled from the Walt Disney Archives and beyond. Shawn Slater built on Graham’s entertaining session with a look at how Disney Parks around the world celebrate the holidays today. Disney Parks pastry chefs Jeff Barnes of Disney’s Contemporary Resort and Daren Lanpher of Disney’s Beach Club Resort revealed some sweet secrets about the creation of Christmas treats at their respective hotels. Disney historian and Disney Parks Blog author Greg Ehrbar closed out the morning with “Disney’s Happy Peppy Holiday Music,” a delightful—and informative—presentation on the very merry music Disney has created and recorded over the years.

The rest of the weekend was full of enough festivities to last a lifetime of happy holidays, including reserved viewing of the beautiful Candlelight Processional, private dessert party and viewing of IllumiNations: Reflections of Earth with its stirring holiday finale, a “holiday hunt” inside Magic Kingdom Park featuring New Fantasyland, a sumptuous dinner on the sets of two action-packed attractions (Lights, Motors, Action! Extreme Stunt Show for the first cycle of the event and Indiana Jones Epic Stunt Spectacular! for the second) at Disney’s Hollywood Studios, and finally the unforgettable weekend closed with a private viewing of the Osborne Family Spectacle of Dancing Lights, providing the perfect ending to a magical — and very merry — weekend.