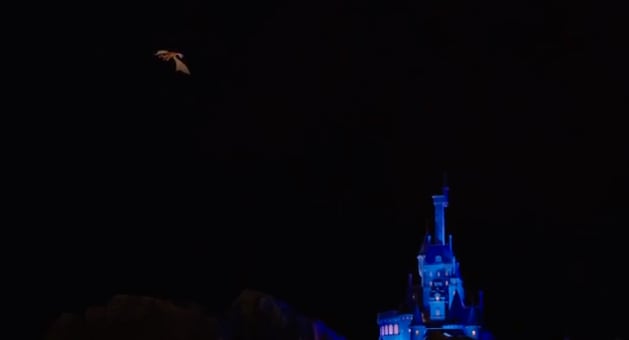 After weeks of poring through page after page on the Internet, studying grainy video, hearing reports of strange encounters and trying to make sense of archival photos from another era, I finally saw the Dragon tonight.

The graceful, fire-breathing creature made his grand entrance tonight in the night skies over Magic Kingdom Park. The majestic, reptilian-like wonder soared high above New Fantasyland, and then roared loudly (in what sounded like roars of joy…if my dragon-speak translation skills are what they used to be).

Sources tell me the Dragon made this special appearance tonight because he was drawn to the New Fantasyland Grand Opening Celebration. As he disappeared into the darkness, I was left wondering if we would ever see him again. There were plenty of cameras on hand to capture this magic moment, and the Disney Parks Blog captured this stunning video of him. Take a look. And don’t forget to check out my Disney Dragon Tumblr site for more.