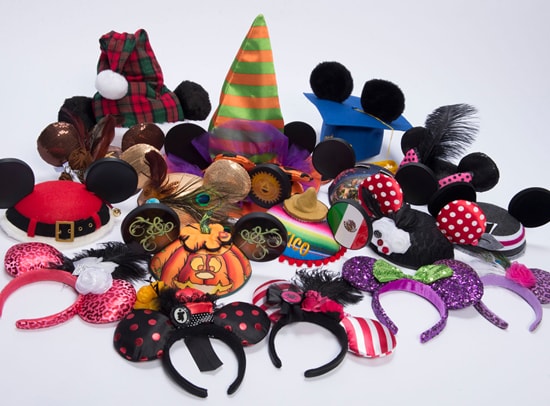 The week after Christmas Day is historically a slow one on the Disney Parks Blog. But this year, we shared a big announcement – a first look at what’s to come with “Limited Time Magic.”

A year of unexpected surprises with an extra sprinkle of Pixie Dust at Disney Parks begins the first week in January at the Disneyland Resort with a special Three King’s Day celebration followed by a salute to the Golden Horseshoe Revue. Erin has more details in her story.

And at the Walt Disney World Resort, our celebration of the New Year continues with Tomorrowland’s first ever “Bling in the New Year” dance party. We also announced that 2013 will be the “Year of the Ear” at Disney Parks with new limited-edition ear hat designs coming monthly. Check our earlier post for more information.

Be sure to continue checking the Disney Parks Blog for Limited Time Magic updates on Fridays through 2013. You can also find updates on Twitter using hashtag #LimitedTimeMagic and on our LimitedTimeMagic.com web page.

Here are some of the other stories we worked on this holiday week.

Vintage Walt Disney World: Nate’s Favorite Disney Milestones – Disney Parks Blog author Nate shares his favorite Disney milestones from this year – can you guess which blog post made it to the top of the list?

Roastie-Toasties at Disneyland Park: A Year in Review – Enjoy a unique look at the Popcorn Animation Dolls at Disneyland park in this exclusive year-in-review video.