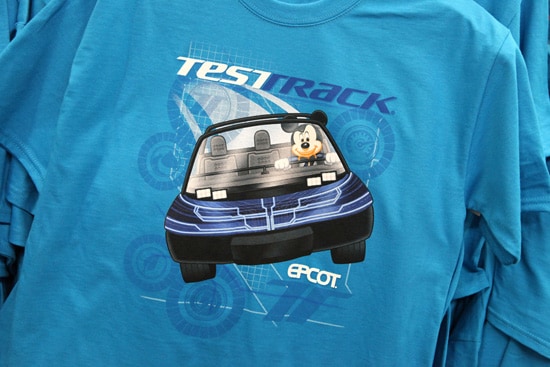 For months now, my son has been asking to ride Test Track presented by Chevrolet. He rode the previous incarnation of this fun Epcot attraction and loved it. The official opening takes place tonight, (December 6), which also happens to be my daughter and son’s birthday. I’m tempted to tell him that I got him Test Track for his birthday, but I think I’ll settle for a T-shirt. New apparel is just one of things that guests will find as they pass through the merchandise location. I stopped by last week for a first look at what to expect. The merchandise location is found just beyond the Chevrolet showroom, and will carry a variety of automotive-themed goods including shirts, hats, toy cars and more. There is also a section with Disney•Pixar’s “Cars” merchandise, and a dedicated area for Disney-themed automotive items like antenna toppers, fuzzy dice and window clings. Toward the exit, guests will find a booth where they can make official “Automotive Designer” photo badges. For the opening, we are releasing several new shirts for adults and kids with artwork created by artist Cortney Williams. One shirt has Mickey Mouse in the driver’s seat with a ghosted image of the ride’s test categories of Capability, Efficiency, Responsiveness and Power. A shirt and a hat will have only the attraction’s logo (simple designs are sometimes the best!). 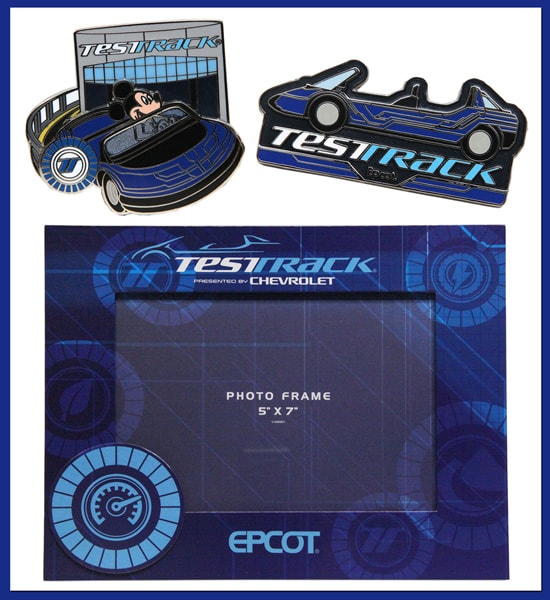 There are a few additional items arriving next year, including a tie-dyed shirt for kids with the attraction logo, a photograph frame, and an antenna topper. Finally, we will have two open edition pins which have been updated with the new attraction color scheme. The original Test Track car pin (above right) has been a fan favorite since the original attraction opened in 1999.

Here are a few additional images from the location:

Read these posts for more about the newly re-imagined Test Track: