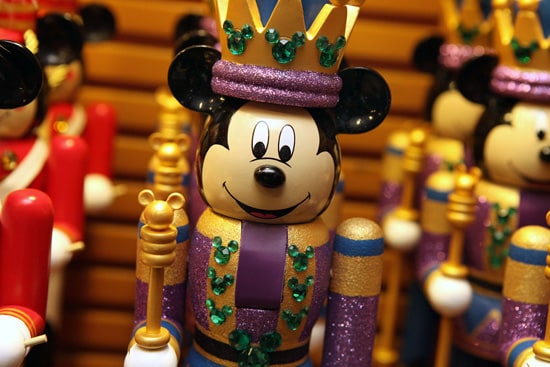 I think my favorite decorative Christmas items are nutcrackers. These timeless decorations have been around for centuries and have come in a variety of shapes, styles and sizes. When I was a teenager, I recall my parents giving me one that looked like Mickey Mouse in a toy soldier outfit. I was happy to see new Mickey Mouse figures introduced this year for the holidays. I recently gave you a look at two of them when my fellow Disney Parks Blog author Jennifer Fickley-Baker visited “Santa’s Workshop.” I spoke with Disney Design Group artist Costa Alavezos to learn more about the nutcrackers. “I created the artwork for the Mickey Mouse nutcrackers,” said Costa. “This isn’t the first time I’ve drawn nutcrackers. I made a few designs a couple of years ago but they were never made. In 2011, the seasonal merchandise team wanted to revisit nutcrackers, so I drew some new concepts. We released the first one last year that had Mickey Mouse dressed as Santa Claus. There are six additional designs for this season.”

In addition to the return of Santa Mickey, the remaining nutcrackers include Sorcerer Mickey (which originally started as a magician with a magic top hat); Pirate Mickey, inspired by the Pirates of the Caribbean attraction; two traditional nutcrackers with crowns in green and purple; a guard dressed in white and gold; and a toy soldier Mickey, inspired by the toy soldiers seen in Mickey’s Very Merry Christmas Party parade. You may recall seeing artwork for some of these nutcrackers last year when they were released as pins. 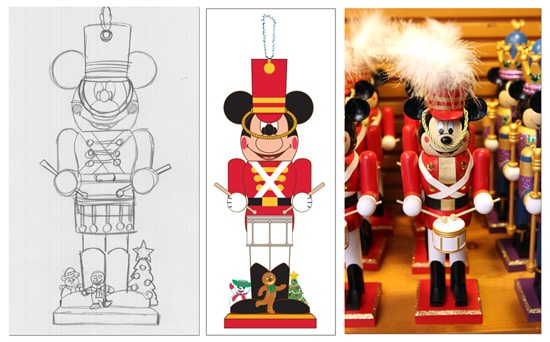 Costa shared with me the original pencil sketch and full color artwork of his favorite nutcracker, the toy soldier. You may notice a few missing details from the final produced version.

“For the toy soldier, we didn’t include the gingerbread man, Christmas tree and snowman as they were too small to accurately capture the details,” explained Costa. “The toy soldier nutcracker is my favorite as it’s inspired by something so many guests love seeing at Disney Parks during the holidays.” 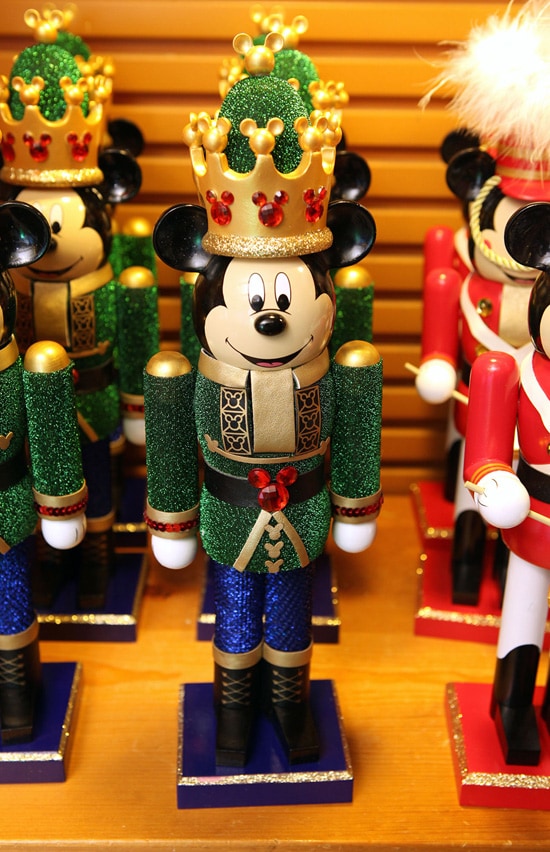 Take a look at more holiday-inspired Disney Parks merchandise in the posts below: