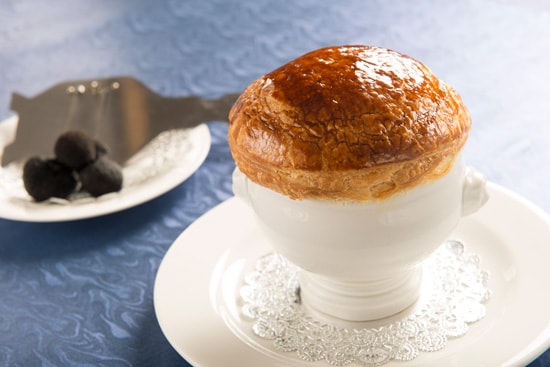 “Monsieur Paul restaurant introduces the culture and the authentic taste of French cuisine that Chef Paul Bocuse introduced to the world,” says Jerome Bocuse, son of the famous French chef and president and owner of the company that runs the new restaurant re-opening December 11 in the France Pavilion at Epcot World Showcase.

Upscale but less formal than the former Bistro de Paris, the new decor captures classic French architecture with fresh colors and a touch of modernism. “The newly renovated restaurant inherits the air of hospitality of my father’s restaurant as each staff member goes above and beyond to offer the warmest, most inviting service possible,” says Jerome. 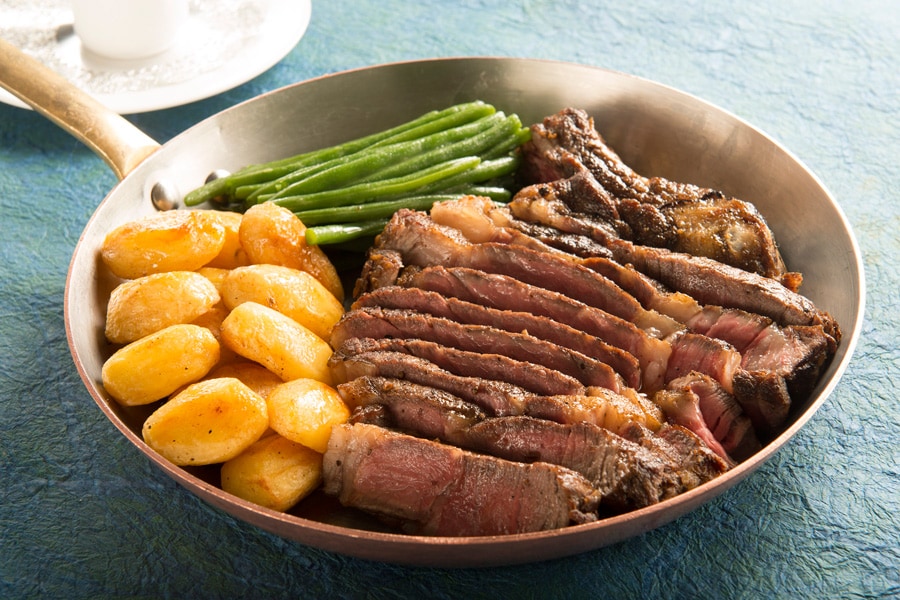 Monsieur Paul will be decorated with mementoes of Chef Paul Bocuse’s extraordinary culinary honors – he achieved three Michelin stars for 48 straight years at his famous Lyon restaurant, Auberge du Pont de Collonges. The Bocuse family has an important place in the culinary world, most recently with Paul Bocuse being named “Chef of the Century” by The Culinary Institute of America. “Monsieur Paul” was the name cooks used in the 1950s to address a young Paul Bocuse in the kitchen to differentiate him from his father George Bocuse, also an established chef—and the nickname has stuck throughout Paul’s life.

“My father, Paul Bocuse, first opened Les Chefs de France here at Epcot in 1982 with Chefs Gaston Lenôtre and Roger Vergé – it was the first and only Bocuse-affiliated restaurant in America,” says Bocuse. “Things have now come full circle, with me having the opportunity to open a restaurant here bearing my father’s name – I’ve seen the dining scene change and we are evolving with it.” 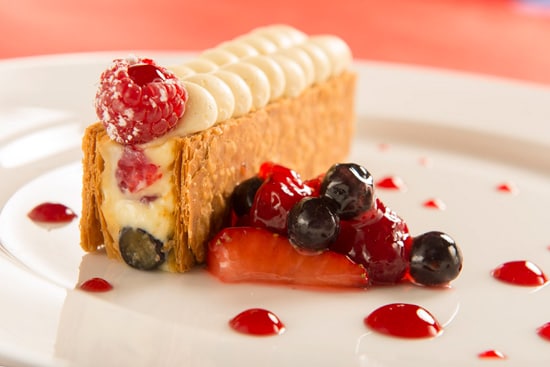 The aim is not to replicate the dishes from the Lyon restaurant, but to serve both classics and interpretations of them in a setting that’s more contemporary.

The new menu, created by Chef Francesco Santin who worked with Chef Bocuse in his restaurant in Lyon for 15 years, is built on the Bocuse tradition of French classical cuisine with “the freshest ingredients, the perfect temperature and just the right seasoning,” says Jerome.

“Chef Santin brings invaluable experience from Lyon to the restaurant, including his knowledge of the classic dishes, techniques, and flavors of France,” says Bocuse. “ However, it is still important for us to showcase American ingredients.” For instance, a classic Bocuse fish entrée prepared in France with rouget (red mullet) is re-imagined at Monsieur Paul with red snapper from Florida. 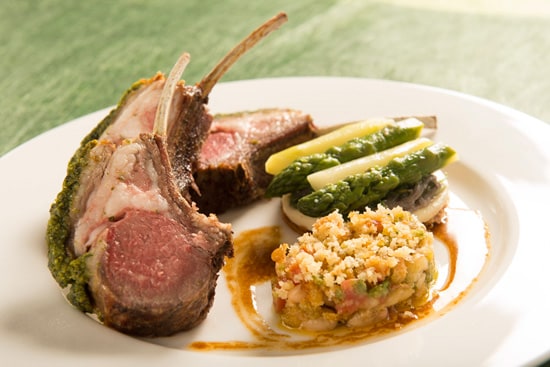 “We want guests to experience authentic French cuisine – but they don’t have to dress up and spend a lot of time,” says Jerome. “We’ve thoughtfully adapted Monsieur Paul to our guests’ vacation experience. ”

Monsieur Paul will be open seven days a week for dinner beginning at 5:30 p.m. Reservations can be made by contacting 407-WDWDINE or online at http://disneyworld.disney.go.com/reservations/dining/.