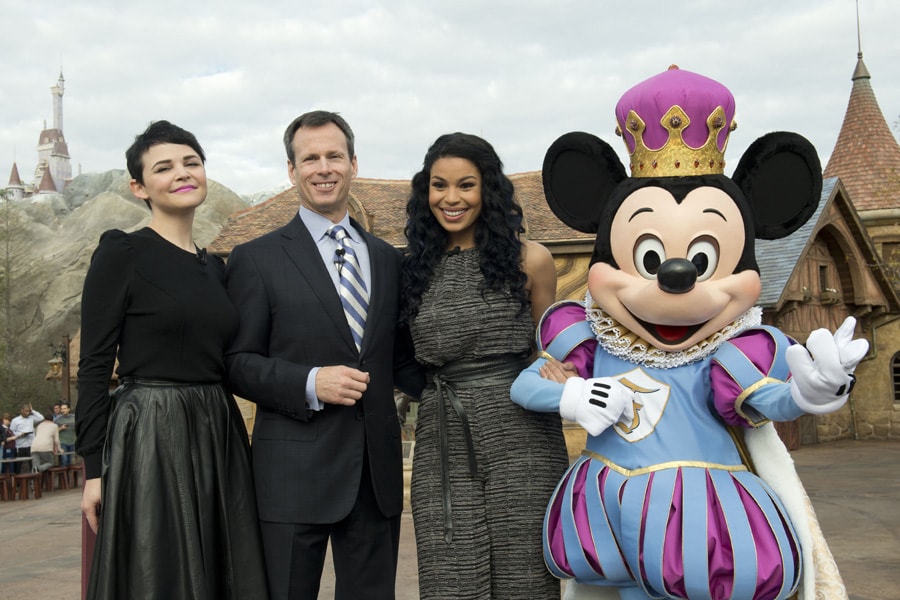 Minutes ago, a truly royal welcome was held for this new area, with “Once Upon a Time” actress Ginnifer Goodwin, pop star Jordin Sparks and Walt Disney Parks & Resorts Chairman Tom Staggs leading a grand-opening ceremony that featured Disney characters, fireworks and more.

New Fantasyland, the largest expansion in Magic Kingdom Park history, has doubled the size of the existing land, with the addition of new attractions, restaurants and character greetings, including: Be Our Guest Restaurant, Casey Jr. Splash ‘N’ Soak Station, Dumbo the Flying Elephant, Enchanted Tales with Belle, Gaston’s Tavern, Pete’s Silly Sideshow, and Under the Sea ~ Journey of The Little Mermaid.

As Tom Staggs shared during the grand opening, the addition of these new adventures – which were brought to life by our Walt Disney Imagineers – were inspired by Walt Disney’s vow to keep our parks fresh.

“Walt Disney once promised that Disneyland, and by extension all of our parks, would never be complete as long as there is imagination left in the world,” Staggs said. “New Fantasyland is a spectacular addition to the Magic Kingdom that delivers on Walt’s promise.”

Be sure to check back later today for more photos from New Fantasyland’s grand opening. In the meantime, check out this video of our guests reacting to one of the area’s new attractions, Enchanted Tales With Belle.

Keep an eye on the Disney Parks Blog and follow @WaltDisneyWorld on Twitter for the latest on the grand opening of New Fantasyland. While you’re on Twitter, join in the conversation by using the hashtag #NewFantasyland.