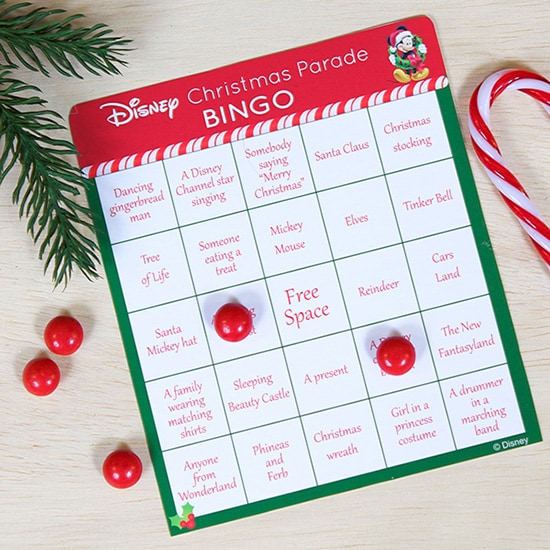 We’ve been sharing updates on the upcoming Disney Parks Christmas Day Parade taking place at the Disneyland and Walt Disney World Resorts, and tomorrow everyone will get to enjoy the magic when the parade airs Christmas morning on ABC. While the parade is a spectacle on its own, I recently found something that I think will up the fun factor even more.

Our friends at Spoonful.com have created a Disney Parks Christmas Day Parade Bingo game, in which your family can compete in a classic round of Bingo while enjoying the parade. You could even create special prizes using other treat and craft ideas in the Christmas section of Spoonful.com.

Keep an eye on the Disney Parks Blog for more updates on the 2012 Disney Parks Christmas Day Parade, tune in to the parade tomorrow on ABC, and join the conversation on Twitter with the hashtag #DisneyParade.