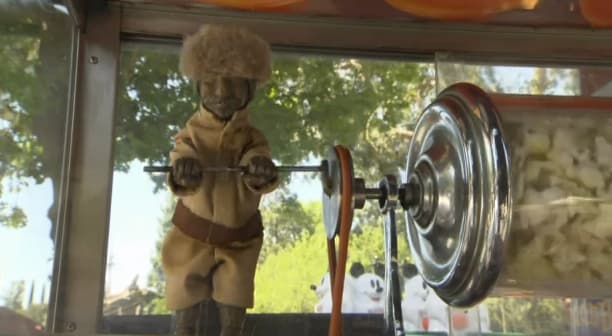 Roastie-Toasties at Disneyland Park: A Year in Review

It took 12 months and 10 dolls on seven carts to create this year-in-review video of the Popcorn Animation Dolls at Disneyland park.

Early photos reveal “popcorn people” existed at Disneyland as far back as 1955. The popcorn wagons were labeled “The Cretors” named after C. Cretors & Co., founded in 1855, the company that originally produced the carts and their clown dolls. Eventually the clowns were transformed to match the land in which they performed.

Trivia Question: Can you name the dolls in the video and the areas they represent? Click below the video for the answer.

UPDATE: The answers are:

Likes (3)
Share Roastie-Toasties at Disneyland Park: A Year in Review